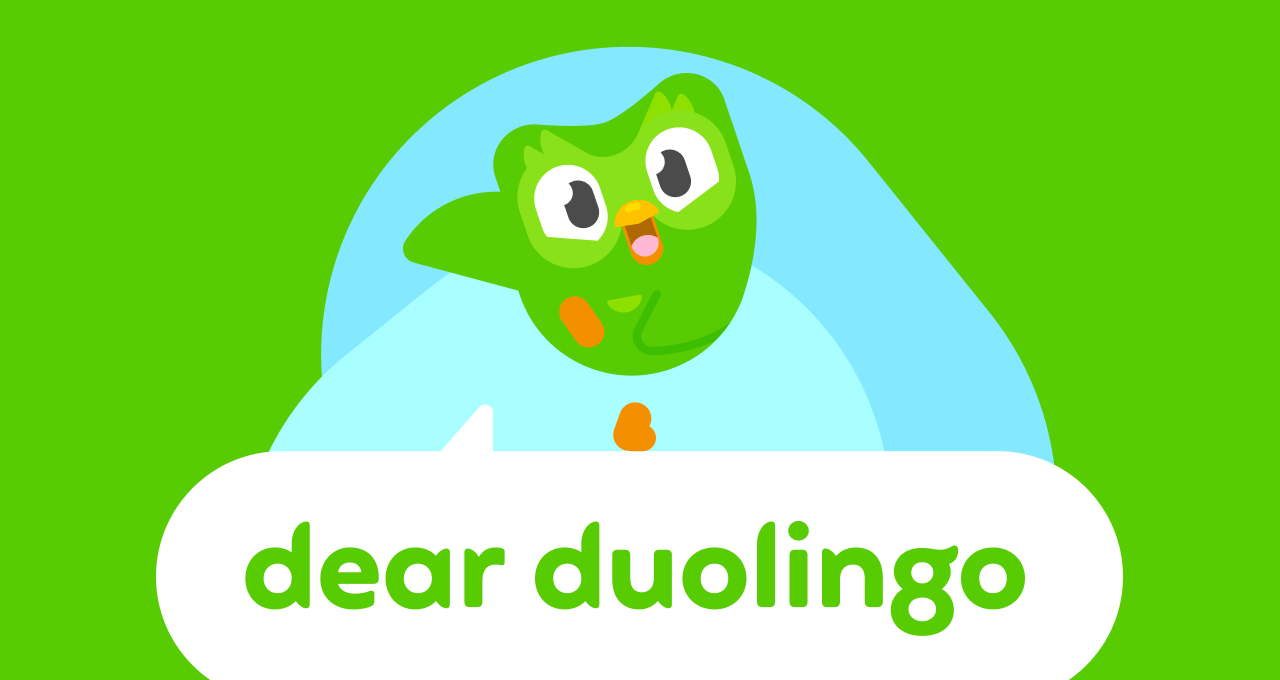 Hey there! I'm Dr. Farrah Neumann, a Duolingo Learning Scientist, and I'm leading Dear Duolingo this week! To answer today's question, I'm joined by Curriculum Designers Tina Tan and Dr. Adele Touhey. My background is in second language acquisition and speech sound learning, and at Duolingo I apply language-learning research to new products and features in the app. Tina and Adele create new courses and content in the app; right now, Tina is working on the English course for Vietnamese speakers, and Adele is focused on the English course for Russian speakers. They both have backgrounds in teaching English and Chinese—and that's why we're taking over Dear Duolingo this week! We're pulling together our powers as language teachers, learners, and researchers to bring you an all-star guide to learning Chinese tones!

I am learning Chinese but struggling with the different tones. How can it be that one word has several different meanings just by changing the tone? It all sounds the same to me! Do you have any tips for hearing and pronouncing the tones correctly?

Don’t worry, Toned Out, it makes complete sense that you are feeling challenged by Chinese tones. Any aspect of a language that’s different from your first language can take some getting used to! Tone is absolutely within your grasp—check out the success stories of Xiaomanyc and OMG! Meiyu for inspiration! There are lots of strategies for practicing (and one day mastering!) Chinese tones.

Let's dig into what tones really are and strategies for learning them.

What are Chinese tones?

Tones are patterns of your voice going up and down (called "pitch"), so a tone (and your voice!) can be high (think violin) or low (think tuba). Tones may make learners of Chinese shake in their boots, but they serve a really important function! In languages that have them, tones help you know what word and meaning is meant. They are just as important as individual sounds, like "m" or "a," and using a different tone can totally change the meaning of words! In a tonal language, each tone has a unique pattern of how to change your voice when you pronounce the sounds.

The good news is that as English speakers, we often hear and pronounce those voice movements, even if we’ve never used the words “pitch” or “tone.” For example, we often make our voice go up at the end of questions, to show that we're asking something. The difference is that in English, making our voice go up or down, higher or lower, doesn't change the meaning of a word: cats always means the same thing no matter if our voice goes up ("...Cats?"), stays flat ("Cats."), or does anything else ("CATS!!!"). So for English speakers learning a tonal language like Chinese, we just have to work a little harder to learn to use the pitch of our voice in a new way: changing our voice for each syllable!

To say that the tones are extremely important would be an understatement! Every Chinese word has tone! The four tones of Chinese are steady, rising, falling-rising, and falling. Those names tell you a lot about how each is pronounced!

Beginner Chinese learners will find Pinyin (a Romanized way of writing Chinese) really helpful in learning tones, because this writing system has a distinct symbol for each tone. You can see them in the words mā, má, mǎ, and mà and they sort of mimic what your voice has to do when you say them! Those four different tones create four totally different words with four totally different meanings: mother, hemp, horse, and scold, to be exact! So you can see why getting these tones right matters. You wouldn’t want to accidentally call your mother a horse (I presume). Switching the tone from mā to má changes the meaning of the word as much as switching the "w" in witch to something else (pitch, ditch, you get the idea!). Tones are powerful building blocks of words, as much as vowels and consonants—they totally change the meaning of words!

These four Chinese tones are numbered, but the numbers don’t refer to any inherent order, they’re just a way to know which tone people are referring to. In the table below, you’ll see each of these tones, how your voice and pitch move, and examples (mā, má, mǎ, and mà). Take a look at how each tone completely changes the meaning of the word! 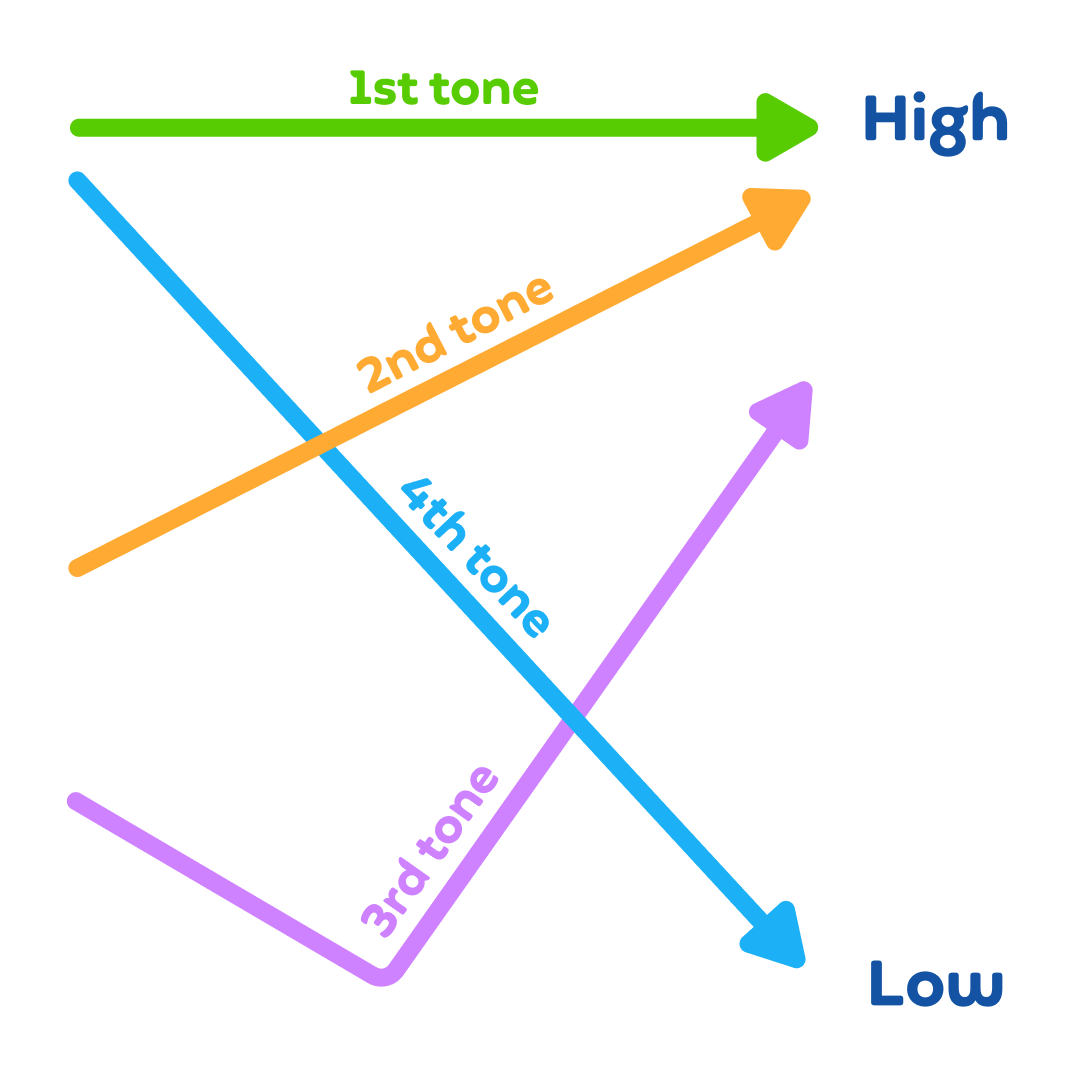 Why does Chinese have tones?

Languages around the world vary in the number and kinds of sounds they have, and whether they have tones! Chinese has fewer consonants and vowels than English does (for example, there is no “v” sound in Chinese), so there are fewer ways to combine sounds into unique words. That's where tones come in! Tone allows Chinese to more than quadruple the number of words that speakers can make using the same number of vowels and consonants.

Chinese isn’t the only language that uses tones, either! A large number of sub-Saharan African, Asian, and indiginous American languages do as well. And the number of tones in a language can vary—it’s not unusual for a tone language to have 5-6 tones, and Wobé, spoken on the Ivory Coast of Africa, may have as many as 14!

How can I practice Chinese tones?

Now that you’ve got a solid understanding of what tone is and why it’s so important, here's how you can practice hearing and pronouncing tones!

Listening: Research shows that learning to better hear sounds will make you better able to pronounce them, too. So start by tuning your ear to the differences between the tones!

Speaking: In addition to listening practice, pronunciation practice is a research-backed way to improve your speaking. Here are some ways to practice your speaking:

Tones aren’t always set in stone. Depending on what other words and sounds come before and after, tones can sound a little different than you’d expect. Putting two tones side by side in a longer word can cause one of the tones to become more like the tone it's next to. This is kind of like when you put can and not together and you wind up with can’t. Intrigued and want to know more about these tone change rules? Write to us at Dear Duolingo!

Get outside your comfort tone!

By practicing your listening and speaking skills you’ll notice that tones get a little bit easier every day and they are so important for communicating! You have many tools at your disposal, including your Duolingo lessons and Duolingo Classes, too. Over one billion people speak Chinese, so stick with it and your efforts will be worthwhile.💚 Tones are certainly challenging but with enough time and practice, you can learn to use them too!