If you are a word nerd like we are at Duolingo, you may have seen Twitter (and other social media platforms) blowing up over a TV host using a very controversial word [pause for dramatic effect]: irregardless. The interwebs were so extremely distraught, that Merriam-Webster even had to step in in defense of the word. 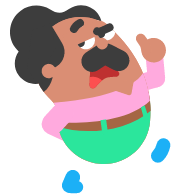 People have very strong opinions about word choice, and it seems that some words take decades, or even centuries to be socially accepted. Let’s consider irregardless, since it’s currently at the center of the word debate. Irregardless is often criticized and perceived as the “incorrect” form of regardless. BUT, this word is not new: Irregardless was used in written texts as early as the 1800s! And this is not the only example of English words that have been around for many, many years and still face scrutiny. Anyways (with the “s” at the end) receives similar judgment (it’s perceived as the “incorrect” form of anyway), but the earliest use of this word was the 13th century!!

In contrast, some words were deliberately invented (!!!!) in the last few centuries, and they are completely and totally accepted today. For example, the word dwindle was first used in writing by Shakespeare in the late 1500s, and nobody is questioning your intelligence for using that word in the year 2022.

It makes you wonder, what’s all the commotion about? Especially since we know social preferences for words differ (po-tay-to, po-tah-to, am I right?). If you understand the meaning of a word, does it really matter when it was first used? Isn't that the point of language, to communicate? Society will scrutinize a word, and then take it one step further to scrutinize the person that said the word! If it’s not about the age of a word, and it’s not about whether it’s in a dictionary, then are we using our personal preferences to shame others? So, the next time your word-radar goes off, take a moment to pause and think about whether that word is really the problem.