In France and many corners of the French-speaking world, July 14 marks Bastille Day — a celebration of national pride and a time to reflect on French history. This is precisely why we’ve chosen this date to launch a special episode of the Duolingo French Podcast: an audio tour that brings French learners to the Left Bank of Paris, to learn about the city’s storied past.

Only this tour...has a unique twist. Titled “Une visite guidée de Paris noir (A Tour of Black Paris),” this episode is focused exclusively on the Black history of the French capital, taking listeners to the great monuments and colorful locales where Black intellectuals and artists once gathered to work, create, debate, and make Paris the thriving metropolis it is today. The best part is that you can take the tour yourself from the comfort of your own home — or in person, strolling down the Rue de Vaugirard and following along with the tour guide! Read on for your own tour of this compelling new episode. 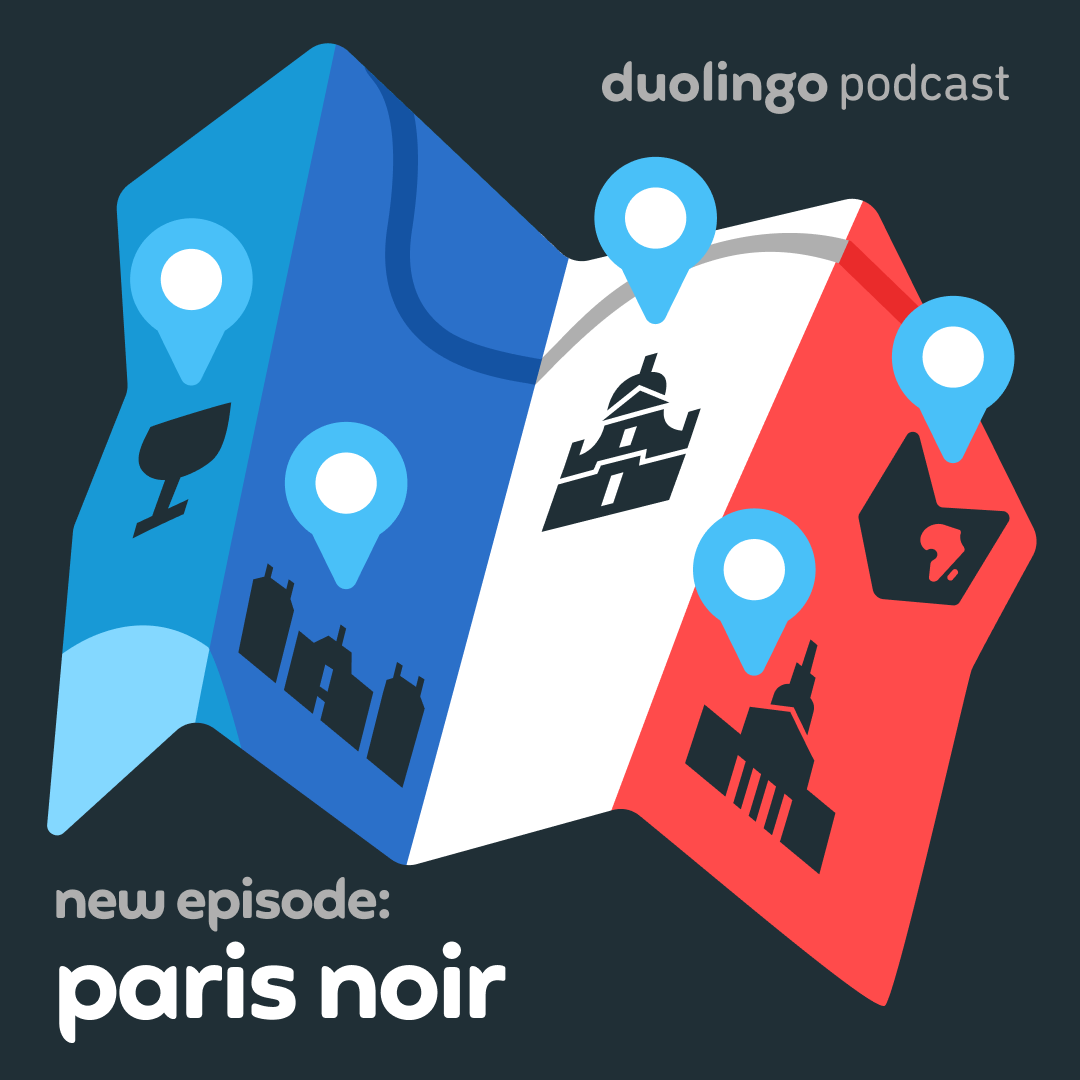 When most people think of Paris, they usually picture the Eiffel Tower or the Louvre. Yet the "City of Lights" has a much richer, more nuanced history that expands beyond its celebrated tourist attractions. It’s for this reason that Kévi Donat, a tour guide from the French Caribbean island of Martinique, decided to create a new tour of Paris, one he’d never seen done before.

It all started in 2011. Kévi was giving a tour of the famous Parisian mausoleum le Panthéon, when an American tourist pointed out a photograph of the French statesman Aimé Césaire and asked, “Who’s this African-American man?” Surprised by the question, Kévi explained that Césaire wasn’t an American, but in fact a celebrated Black French writer and politician from Martinique. In the mid-twentieth century, Césaire had helped launch a global movement to promote Black pride and self-determination across Africa and its diaspora.

The woman’s mistake made Kévi realize that many people were uninformed about France’s Black history and culture. After this interaction, he was determined to increase awareness and understanding of the significant contributions Black people have made to French society. And so a whole new walking tour, Le Paris Noir — the “Black Paris” tour — was born. 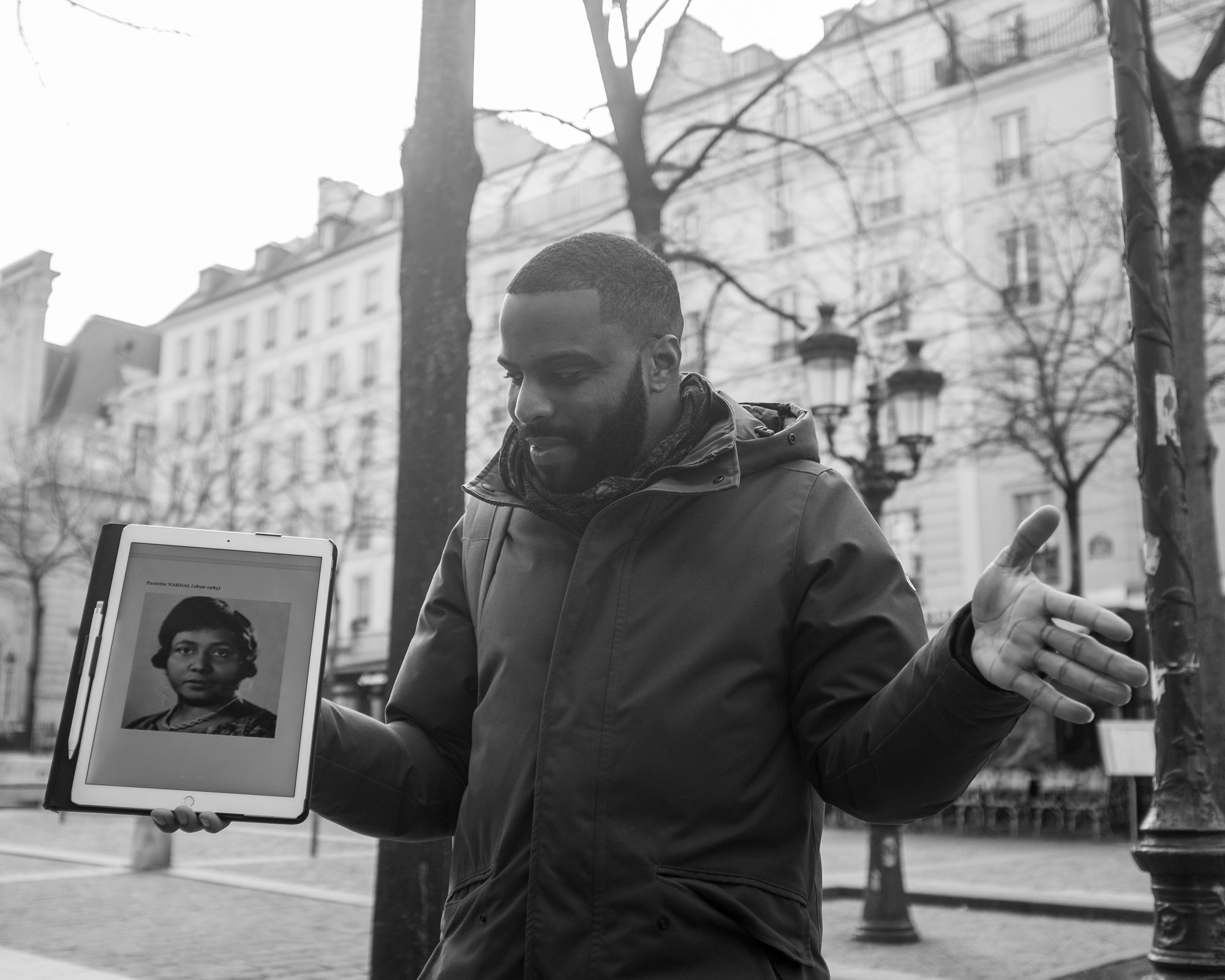 Together with Kévi and our production partners at Adonde Media, the Duolingo Podcast Team has created a special version of Kévi’s tour, one that allows French learners to listen both at home and on the streets of Paris. We wanted the experience to be equally immersive for both audiences, especially during a year when international travel has been close to impossible. So we developed an audio journey that seamlessly guides listeners from le Panthéon to la Sorbonne to le Sénat, where they learn about Black historical figures like Alexandre Dumas, author of The Three Musketeers, and Paulette Nardal, whose famous literary salons sparked the global Négritude movement.

While Kévi spins up stories from the past in French, host Ngofeen Mputubwele provides directions to each new stop in English. Out of consideration for those taking the tour in person, we also added a chime sound, to give listeners a chance to walk from one destination to the next. We even had a producer on the ground in Paris, capturing the Parisian soundscape — which you’ll hear inside the episode — and confirming that our walking directions were geographically accurate!

As a last step, we created a Google Map — complete with timestamps that match the audio — so that learners can easily follow along, wherever and however they’re listening. 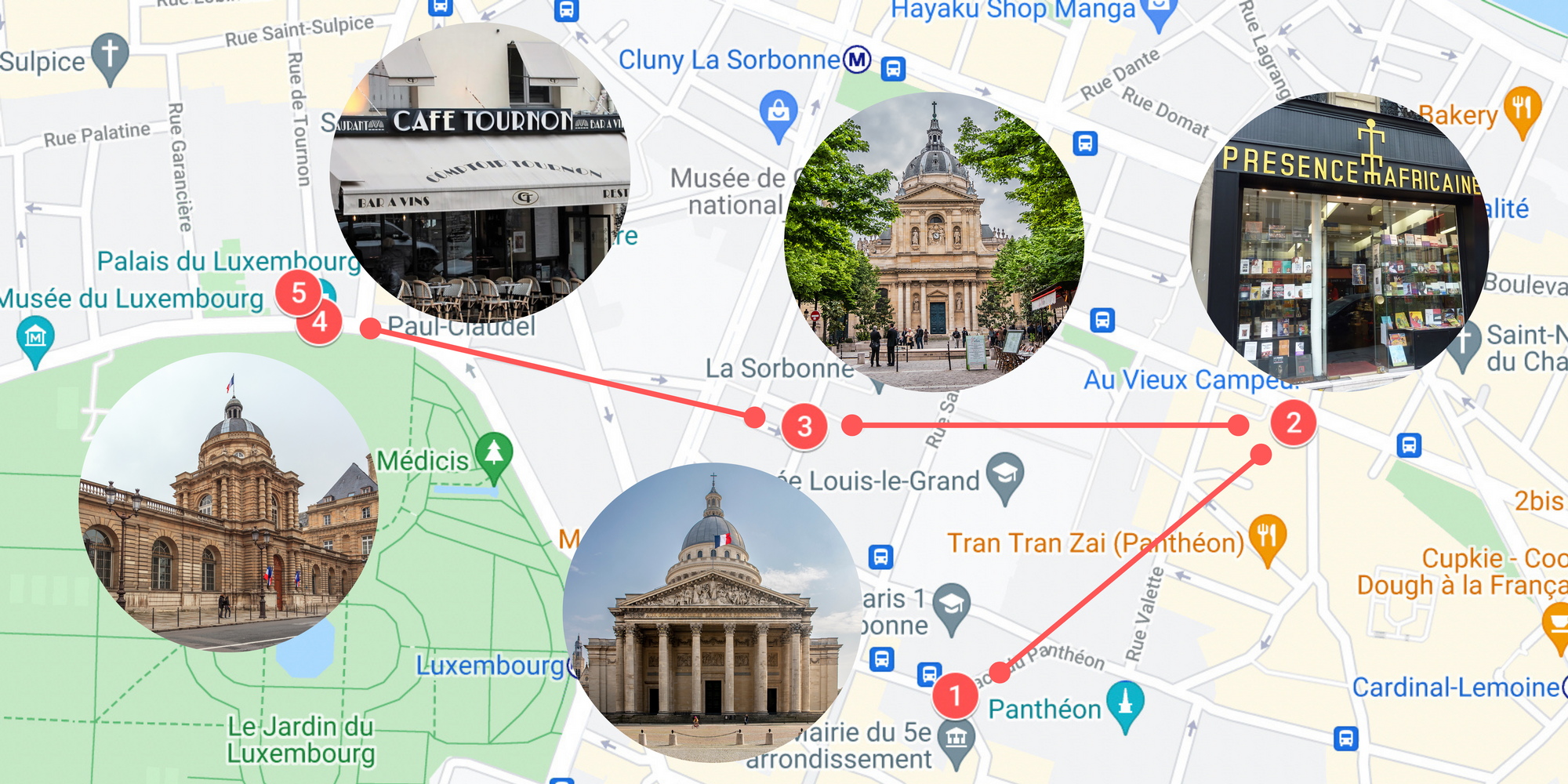 Engaging with culture and history is a hugely rewarding part of learning any new language. While Duolingo French learners study French for a variety of reasons, we know that many aspire to travel to France, and of course, the French capital to encounter the delights of French culture — which is a lot more diverse than many people understand when they first begin learning French! This is why we’re thrilled today to publish an episode that not only helps learners improve their French listening skills, but also gives them a chance to discover Paris through an original, Black French point of view.

We’d love to hear your feedback on the episode at podcast@duolingo.com. And if our version of le Paris Noir left you hungry for more, you can check out Kévi’s other tour offerings the next time you’re in Paris.

Special thanks to Natacha Ruck, Adélie Pojzman-Pontay, Samia Bouzid, Laurent Apffel, Román Frontini, and Martina Castro at Adonde Media for their work on this episode.