Not many people can say that a language-learning app has introduced them to the love of their life – except Amanda and Rob, who met each other on Duolingo last year! We asked them to share more about their love story and, we may be biased, but we think it’s pretty sweet!

Amanda, who lives in the Philippines, first downloaded Duolingo in 2013 and used it to learn Italian, German, French, and more recently Mandarin. Rob, who lives in the US, came across Duolingo in early 2020 and started using it to continue his Spanish learning. Funnily enough, Amanda started learning Mandarin because she was interested in a guy who was also learning Mandarin.

“I thought, maybe if I knew more Mandarin he would want to go steady with me!” she said. Though that relationship didn’t work out, everything happens for a reason… 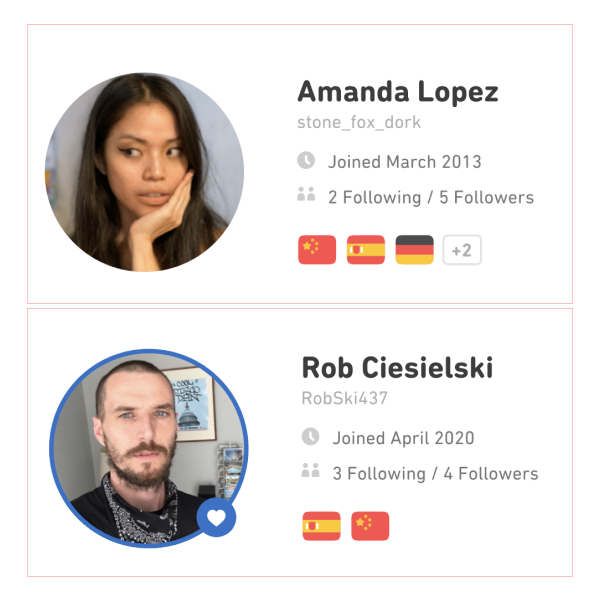 Encouragement can be a love language!

Their paths didn't cross until 2021, when one day Amanda started getting notifications from someone congratulating her on her Duolingo streak. Spoiler: it was Rob! After clicking into his profile, she wanted to find a way to reach out to him. After searching the name from his Duolingo profile on Facebook, Amanda was pretty certain she found him, so she sent him a message. Was he the guy who kept congratulating her on Duolingo?

A few days later, Rob responded that it was indeed him on Duolingo! (Little did Amanda know, Rob also tried finding her on Facebook, but with her name being fairly common, it was a shot in the dark.)

Everyone is truly meeting on apps these days!

Once finally connected, Amanda and Rob exchanged messages to get to know each other and felt a quick romantic connection. Given the COVID-19 pandemic and distance between them, they have not been able to meet in person – but they're not letting the physical distance deter them.

"We’ve come quite a way, from calls to video chats to care packages sent halfway across the globe to virtual family introductions. And where our relationship is now will only continue to expand,” Rob said.

Is it just us… or is this another reason to keep up with your daily practice?

"I am still floored to this day that I met him on a language learning app. Who would have thought learning a language on a mobile app could bring you true love?" said Amanda.

Rob is equally smitten: “I only follow two women on Duolingo now: Amanda and my mom.”

They are hoping to finally meet in person later this year, and we're rooting for them! Amanda and Rob: we're so glad that Duolingo brought you together, and thank you for letting us share your story! 💚

Rob and Amanda finally met this summer, when Rob traveled to the Philippines. After meeting Amanda's family, the two took a trip to another island and began to plan their life together. In January, they plan to meet again... this time, for their wedding!

We are so happy for Amanda and Rob and the life they're going to build together! 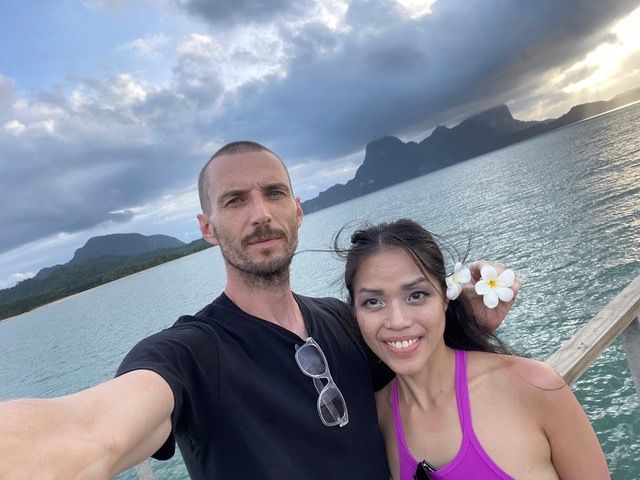