France and the French language have long conjured romantic clichés, from couples smooching beneath le Tour Eiffel to writers and artists debating radical ideas over smudged glasses of vin rouge. Today, global impressions of France are so widespread that many Duolingo French learners feel familiar with French culture even before they download the app or start listening to The Duolingo French Podcast, where we tell fascinating true stories for intermediate learners.

But how well do any of us really know France? And what do French people themselves think about the fashion, food, and cultural touchstones that have emblazoned themselves on our collective imagination?

This season on The Duolingo French Podcast, we’re exploring these questions in a special series of episodes that dive into the iconic traditions, pastimes, and savoir-faire that make the French identity uniquely, well, French. Here’s a sneak-peek at three of les traditions iconiques we explore in the podcast – but be sure to listen to the whole season! Not only will you improve your French listening skills, you’ll gain a deeper understanding of French people and their most beloved customs. 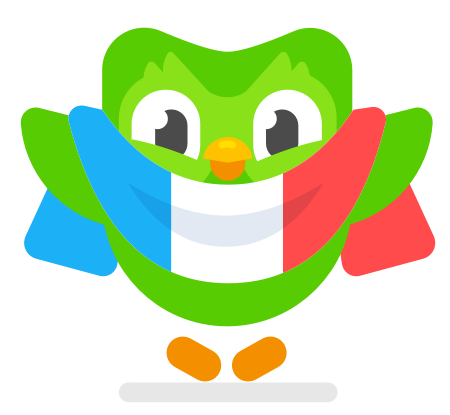 From mimes in striped shirts to Coco Chanel, the beret has long occupied an outsized role in France’s sartorial history. But it wasn’t always a fashion accessory. In fact, for most of its history, the beret was a functional necessity, a warm and waterproof piece of headgear worn by shepherds as they tended their flocks.

According to historians, the beret comes from Le Béarn, a region in the Southwest of France where, for centuries, shepherds have taken their sheep to graze in the Pyrenees mountains. The original beret was a wide, floppy hat made of knitted wool, but eventually it became so popular that even non-shepherding populations caught on. By the mid 1800s, Napoleon was issuing reports about a southern felt hat to the courts of Paris. In the early 1900s, Pablo Picasso was wearing a beret to stay warm in his Parisian studio. Members of the French Resistance even adopted it as a symbol against Nazi occupation during World War II.

But sometime in the ‘60s and ‘70s, French people… stopped wearing it. The beret had grown from a uniquely French icon into something more global. Even Che Guevara was wearing one!

In the decades since, non-French people have continued to associate the beret with French fashion while French people themselves have wanted little to do with it. Yet for one French woman, the time has come to revive the beret’s image. Valérie Eyhartz has dedicated the past few years of her life to producing vibrant, embroidered berets – and her styles are catching on. But is it possible to revive national interest in an accessory that many find passé? You’ll have to tune into this episode to learn more!

In France, perfume isn’t just a pleasing fragrance – it’s an art form. Especially for Olivier Cresp, a highly respected “Nose,” or Nez, the French term for a perfume maker.

Olivier grew up in Grasse, an area in France famous for its flowers—which, for centuries, have been cultivated to supply the longstanding demand for French scents. From the courts of Louis XIV to today’s devotees of Chanel N°5, French perfume remains the most sought after in the world, and flower-growing Grasse remains a shining example of French savoir-faire, that special “know-how” that stems from a desire to pursue artistic craftsmanship based on beauty, skill, and sensory pleasure.

Over the course of his career, Olivier has created blockbuster perfumes for the biggest fashion houses in the world: Nina Ricci, Dolce & Gabbana, Yves Saint-Laurent. But as his career blossomed… more and more fields in Grasse did not. In recent years, the flower farms in Olivier’s hometown have come under threat from urban development, and Olivier has decided to dedicate this next chapter of his life to protecting Grasse’s great olfactory heritage.

Will he succeed? Or will his beloved Grasse become a faded, jasmine-scented memory? Listen to the episode to find out!

The multi-course meal: a feast for the senses

For many of us, a nice dinner out might include an appetizer, an entree, and maybe dessert – a real splurge from weeknight dinners at home. But for French diners, there’s a meal that tops them all – le repas gastronomique, a dining experience that contains several exquisitely prepared courses, unfolding against the backdrop of a beautiful setting, always paired with good company and great wine.

In France, dining out isn’t just a nice break from the daily grind. It’s a whole sensory experience, one meant to be enjoyed slowly and intentionally, usually with loved ones. And for one French chef, le repas gastronomique has been an opportunity to honor the art of French dining while also bringing it to new settings.

Stéphane Ranieri was raised in a family that rarely dined out, yet after attending culinary school and gaining exposure to the world of Michelin star cuisine, he was hooked. He rose through the notoriously tough ranks of French kitchens to become a head chef, until he was offered a completely different kind of challenge: serving extravagant, multi-course meals in the most unusual of settings – a rugby stadium in the heart of France!

Does Stéphane successfully marry the worlds of fine French cuisine with tackles and drop kicks? Learn more in this episode! 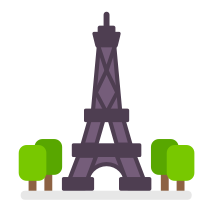 Challenging our assumptions about French traditions

Learning new languages means respecting the cultures they come from, and there’s no better way to cultivate respect and understanding than to listen to the stories of real people. At Duolingo we believe that exploring the deeper meaning behind traditions iconiques like French fashion, perfume, and dining will help motivate French learners to get curious and learn more.

Ready to hear the stories above, and others? Check out the full season on The Duolingo French Podcast, airing on May 24th, 2022. Listen on Apple, Spotify, or your favorite podcast-listening platform!