The existence of Afro-descendant communities and their languages in Latin America and the Caribbean is not often taught in schools. In the sleepy sea-side town of Cuajinicuilapa, Mexico, close to Acapulco, you’ll find a vibrant community of Afro-Mexicans. In South America, Afro-Peruvians and Afro-Bolivians have contributed to the multiculturalism of their nations. Recognizable music and world-famous cuisine have African roots in the Dominican Republic, Puerto Rico and Cuba. How did Black societies arise and develop such diverse languages and cultures? 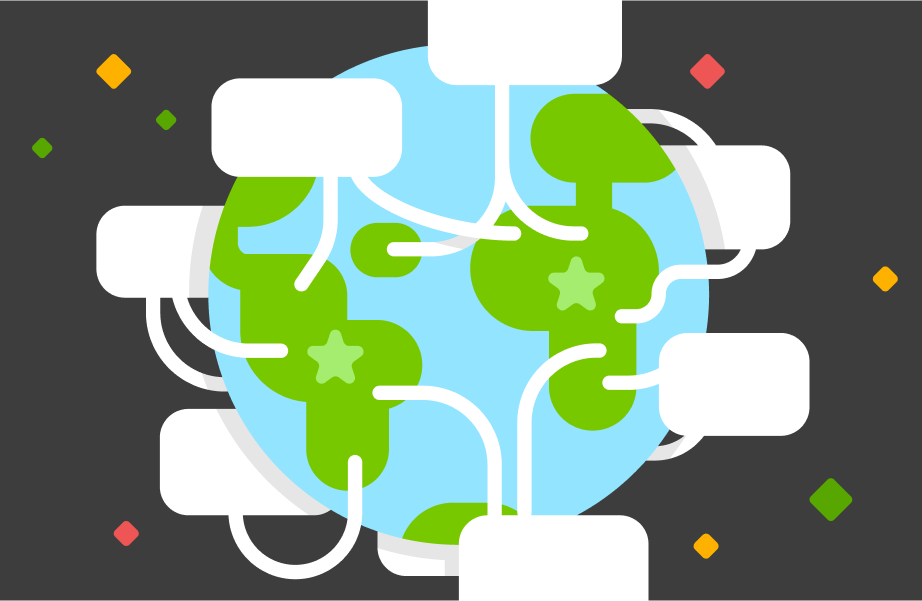 Millions of Africans brought to the North and South American continents to work as slaves were forced to abandon much of their language and customs and create new ones based on unfamiliar, yet permanent, surroundings. Africans who did not speak the same language were deliberately grouped together to prevent collaborations that might lead to rebellions. In the face of such challenges, dozens of new languages and cultures emerged such as Gullah, Jamaican Patois, Haitian Creole, Belizean Creole, and Miskito Coast Creole, including three rather unique languages: Garifuna, Palenquero, and Papiamento.

The Garifuna people are descendants of Africans who, during the time of slavery, ended up on the island of St. Vincent in the Caribbean through various measures, mostly by having escaped slavery from nearby islands. At the time, St. Vincent was inhabited by indigenous peoples who called themselves Kalípona and spoke a language that was mainly Arawakan with Carib linguistic features, both languages originating in (northern) South America. Maintaining some of the pronunciation patterns of their African languages not only cemented their linguistic identity but is also how the word Kalípona gained the pronunciation “Garifuna.” After being banished from St. Vincent and settling on the coast of Central America, Garifuna speakers today are often trilingual in Garifuna, Spanish, and English through contact with existing groups in Guatemala, Belize, and Honduras. Many Garifuna now live in the U.S., mostly in the Bronx and Los Angeles. In fact, there are now more Garifuna in the U.S. than there are in Central America!

Palenquero is an example of a Spanish-based creole spoken in the San Basilio region of Colombia. Normally, when a plantation is so large that African slaves do not have direct access to the dominant language, their new language contains very few identifiable traces of the dominant one. However, as Palenquero was created by fugitive slaves in a remote area, this language was for many years a mix of African Bantu languages and the indigenous language of the region. Over the years Palenquero has adopted more Spanish through contact with other speakers in the community. Like Garifuna, there are several ongoing efforts to preserve this language.

Papiamento’s origins are less clear but scholars agree that it is a language based on that of the Iberian Peninsula in Europe (Spanish and/or Portuguese). Created on the island of Curaçao and later spread to Aruba and Bonaire, a constant influx of slaves had enriched the language with an abundance of African linguistic features up until abolition. The language evolved further through contact with Dutch colonists starting in the mid-1600s. Speakers of Papiamento often speak Dutch and Spanish as well.

Even under the most traumatizing situations, humans will always find a way to communicate. Creoles, including the three languages discussed here, are full linguistic systems conceived through the adversity and resilience of African groups. They are not dialects or mere variations of a European language but rather grammatically complex and entirely capable of communicating even the most abstract ideas.

Learn more about creole languages of the Black communities in Latin America and listen to speech samples:

Michelle Ocasio is an Associate Professor of Teaching English to Speakers of Other Languages (TESOL) and Spanish at Valdosta State University. Dr. Ocasio earned her PhD at the University of Missouri in 2011, where her concentration was in contact linguistics, particularly of Afro-descendant cultures. In 2009, she spent a year in Livingston, Guatemala, as a Fulbright Scholar, where she researched and wrote her dissertation on the history of the Garifuna language. Dr. Ocasio has always been interested in novel technology especially related to language learning. Among her current interests is the use of virtual and augmented reality as a vehicle for conversation practice in the target language.