You know the biggest rivalry in sports. It divides the world in two, and there can only be a single winner: One side must rise to the top and define the sport once and for all. Whose side are you on?

It seems the whole world calls the sport football, except for a few stubborn holdouts, most notably the Americans. But, for the love of the World Cup, why??

No matter which team you're on, the story behind these words is more interesting (and surprising!) than you're ready for. And it all starts with the English.

The English called it "soccer"

This devastating news is actual linguistic fact! The people that affectionately call their Prince William "Wills" and £5 and £10 notes "fivers" and "tenners" are responsible for shortening "Association Football" to just "Assoc."—which, when written, looks like it might be pronounced "Assock." (This "Association Football" name is the same as the French Football Association in FIFA!) In late 1800s England, at Oxford, there was also a fad of adding -er to some words. And thus, "soccer" was born.

And you know what? The English loved "soccer." 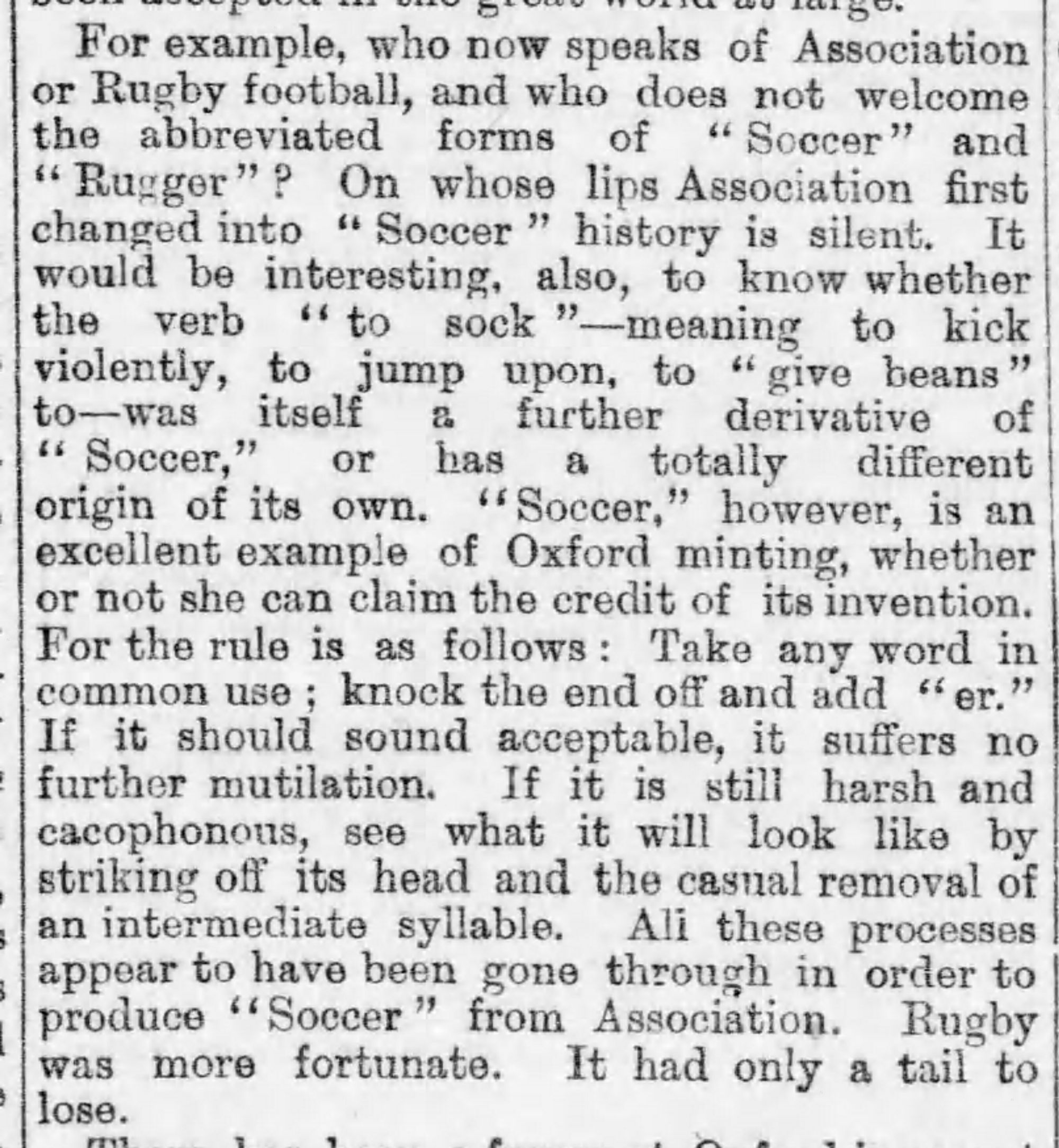 But then, the English went back to "football"

The slang term "soccer" fell out of use in the U.K. in the mid-20th century, in favor of "football."

And no one informed the Americans. (This sounds like offside, if you ask me.)

In the U.S., "soccer" continued to be the standard term for the sport, even though the English returned to the original term "football." (Maybe the U.S. deserves a yellow card for not keeping up with the times, but using a popular term hardly seems like a violation!)

Football (er, soccer?) around the world

Other languages broke the word apart, into foot and ball, and translated them separately. The word for "soccer" in Chinese is 足球 zúqiú, which is literally 足 zu (an older word for foot or leg) and 球 qiú (ball)! Other languages did this with the words for "kick" and "ball" instead.

And then there's Italian, which uses a different word entirely: calcio! This comes from the Italian verb calciare (to kick). You might hear football in Italy as well.

At the end of the day, the word you use for the sport is all about your dialect and community, so the "right" word is the one that gets your point across the goal line!