It seems like everyone is talking about Squid Game lately, especially Duolingo learners. Following the launch of the wildly popular Netflix show in early September, we noticed something interesting happening in our Korean courses:

Though it’s still early, that’s a pretty steep spike compared to what we saw last year around this time: 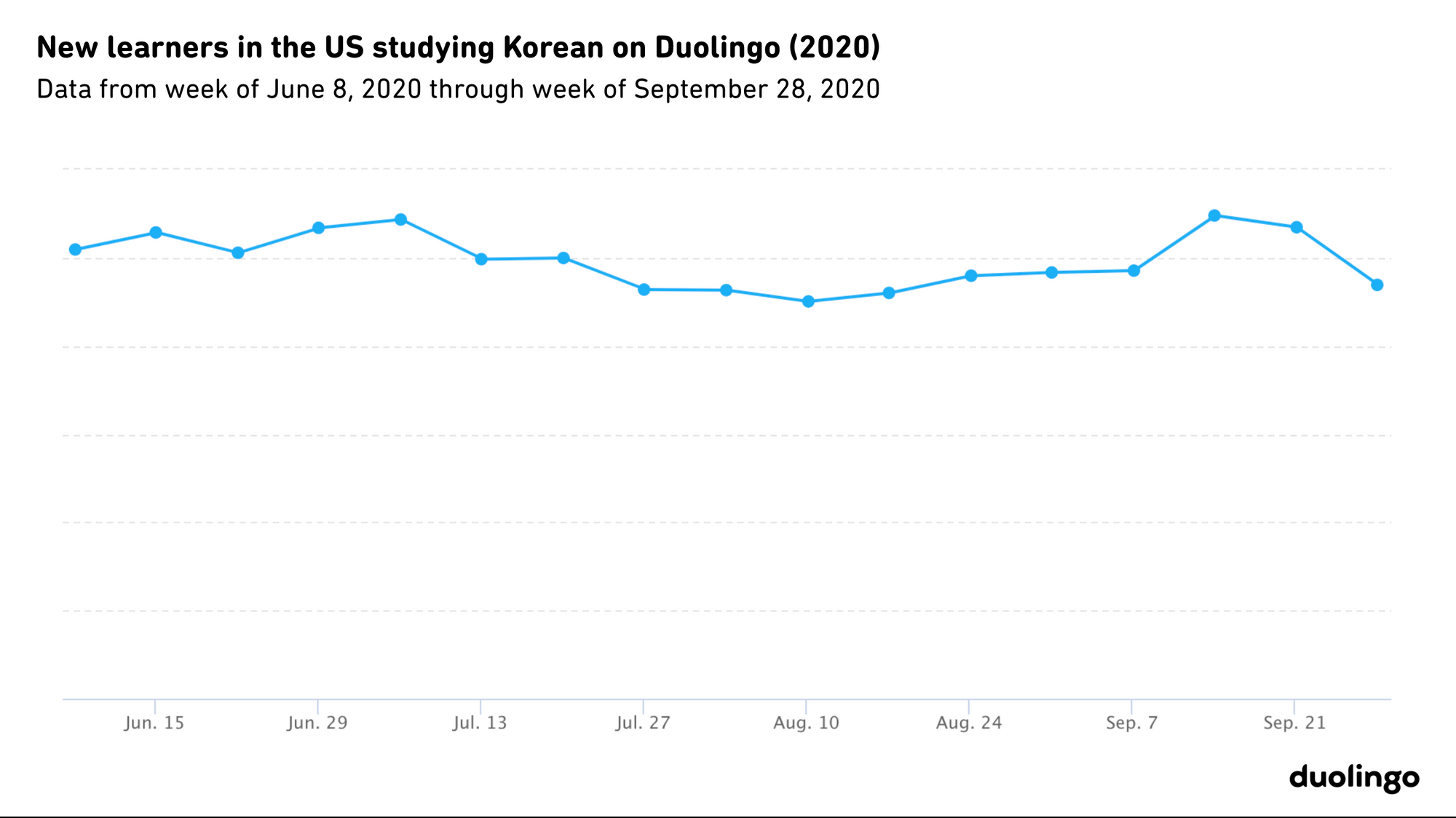 We went ahead and did the math for you: Our data shows a roughly 40% growth in new learners studying Korean in the two weeks after Squid Game premiered compared to the week before the show's launch. Last year, around this time, there was no such spike. Could this be a wave of Squid Game-inspired studying? We’re not 100% sure, but the numbers and the tweets seem to suggest that’s what’s happening:

If anyone is wondering the state of my mental health, I binge watched Squid Game and now I'm on Korean Duolingo

*Me after watching Squid Game*

Me: *opens Duolingo* “I will now learn how to speak Korean”

Do I need to learn Korean on Duolingo to watch the squid game.

Are you learning Korean, or any other language, alongside a new TV show? The experts say that’s actually a great way to practice and improve your pronunciation as well as comprehension. Whether it’s learning French to keep up with Lupin, or Korean to better understand Squid Game, knowing the language will deepen your appreciation of your new favorite show.

Tweet us at Duolingo and let us know what you’re learning! And keep an eye out for this year’s Duolingo Language Report, which will showcase more fascinating language trends.