If you learned to read and write English as a child, you may have been taught a few rhymes to help you remember tricky spelling rules, like “i before e, except after c,” or “when two vowels go walking, the first one does the talking.” But for some languages, like Spanish, most people don’t grow up having spelling bees or memorizing these kinds of sayings, because Spanish generally spells words like they sound. If you’ve ever felt confused about English spelling conventions, you’re not alone. There are multiple different combinations of letters that can be used to represent any particular sound, and most of the rules children are taught to learn how to spell have exceptions. There are even multiple ways to spell words depending on what country you live in, like “color” (US) and “colour” (UK), and no real reason why one makes more sense to some people than the other. Why is English spelling so hard?!

The short answer: English is like a painting, where the spelling conventions weren’t established all at once, but added on in layers. If we look at these layers one by one, we’ll see that English spelling follows a variety of different patterns that made sense for the way words were spoken at a particular point in time or for the languages that English borrowed from. Today, these different patterns are just mixed up together to create a beautiful (if at times frustrating) work of art! 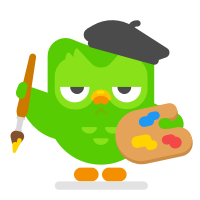 An overview of English

Before we start looking at the details of English spelling, let’s take a bird’s-eye view of the language. Linguists have identified 3 distinct eras of English, during which the language – and its spelling and pronunciation! – changed dramatically. These are:

You can dig deeper into the history of each of these versions of English here, but from this brief overview, you can already start to see that English was affected by some other languages and historical events. Each turned out to have a big impact on spelling, and we still see those effects today! Now, let’s take a deeper look at how other languages, sound changes, and advances in technology shaped English spelling.

How did other languages influence English spelling?

Originally, English wasn’t written with the letters we use today, but with a different alphabet known as runes! Runes look more like pictures to most of us today, but the arrangement of lines in this writing system represents particular sounds of the language, just like our modern letters do.

Where did our modern letters come from, then? English today uses the Latin (or Roman) alphabet. The Roman Empire began invading Britain in 43 AD, but it was most likely Christian missionaries from Ireland who adopted their alphabet first and then began using it to write English. At first, these missionaries kept some runes to represent sounds in English that Latin didn’t use, like the symbol ᚦ, called thorn, for one of the sounds that we now represent as “th.” Religious scribes would write words as they sounded, so there was a lot of variability in how Old English was spelled. (It would be sort of the equivalent of someone from Ohio writing about how they needed to “park the car” while someone from Boston was writing about needing to “pahk the cah.”) At this stage in the language, there were no silent letters!

As we mentioned, Middle English developed when the Normans invaded Britain, and the arrival of French-speaking Normans changed English in lots of ways. French became the language of the upper class in Britain, introducing thousands of new words into English. For example, the reason English has different words for animals (like “cows,” “chickens,” and “pigs”) and the meat that comes from them (“beef,” “poultry,” and “pork”) is because the farmers who raised the animals spoke English, while the upper classes who sat back and enjoyed having dinner served to them used French names for what they were eating!

This also meant that the educated scribes who ended up writing English during this time period based a lot of their conventions on French spelling. These scribes were the ones who replaced runes like ᚦ with Latin letters like “th.” They also came up with patterns that made sense to them for capturing the pronunciation of English vowels—Old English often did not differentiate between long and short vowels (like “ee” and “e”) in writing, but Middle English scribes began doubling the vowel to show that it made a long sound, as in words like “see.”

What happened as English kept changing?

While many conventions of writing English started to become fixed during the Middle English period, the same can’t be said for the spoken language. One of the biggest reasons English spelling looks so confusing now is because language and pronunciation keeps changing even after scribes or authorities decide on the “correct” spelling. One of the biggest changes in English pronunciation was the Great Vowel Shift in the 15th-18th centuries. During this period, the pronunciation of English vowels changed, but the way they were written down typically didn’t. This means that a lot of the spellings we now see in English represent the way it used to be pronounced before the 15th century, not the way it’s pronounced today! For instance, the word “boot” is written with “oo” rather than “uu” because it used to sound like “boat,” with a long “o” sound. Over time, people gradually started pronouncing the word more like how it sounds today, but no one ever bothered to change the spelling.

And it wasn’t just the vowels that changed. Did you ever see that scene in “Monty Python and the Holy Grail'' where the French refer to Arthur and his knights as “silly English kaniggets?” That pronunciation is used as a joke, but isn’t that far from the truth, because the “k” sound was not silent in Old English. In addition, the letters “gh” used to represent a sound kind of like the one at the end of the German name “Bach.” Over time, many people started dropping this sound, or pronouncing it like an “f” depending on the word. So the word “knight” would have sounded something like “kaneecht” in Middle English, with the German-like sound for the "ch." This word (and many others like it) is still written based on the way it sounded back then, but the pronunciation of the vowel changed due to the Great Vowel Shift, and the sounds that the “k” and “gh” represented became silent. It’s no wonder so many people have been confused trying to learn how to spell English words! 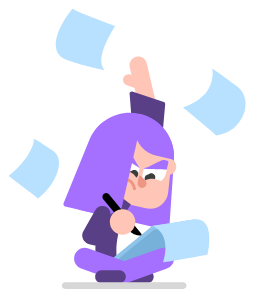 What else influenced how English words are spelled?

During the Middle English period, there was still quite a bit of variation in the way different people spelled words (even their own names - Shakespeare’s name was spelled 25 different ways in his lifetime)! This began to change after William Caxton brought the printing press to England in 1476. Thanks to the printing press, the writing conventions printed in one book could be spread to a much wider audience, and this eventually led to the adoption of certain standard conventions of spelling.

The development of dictionaries by scholars such as Samuel Johnson also helped establish a common source of knowledge that people turned to for deciding how a word should be spelled. Noah Webster developed another famous dictionary that impacted the spelling of English. He believed in promoting English as it was used in America, rather than following British conventions, and his dictionary was instrumental in Americans learning different ways of spelling some words, such as “favorite” rather than “favourite.” There’s no particularly logical reason why either of these spellings makes more sense than the other; the fact that we use one of them just tells us whose opinion was most influential in the place where we learned English.

Aside from Webster’s dictionary, though, the availability of printed books largely led to greater standardization of how people all around the world spell English - and other languages, too. As English spread during the colonial period and came into contact with a variety of different languages around the world, it was more likely than not that people borrowing words from those languages would continue spelling them the way they were originally spelled in the Latin alphabet, not changing them to fit English conventions. Thus, in addition to modern English words following the spelling patterns that made sense for Old and Middle English, new additions to the language also follow the conventions of other languages, such as “pneumonia” (Greek), “cappuccino” (Italian), “ballet” (French), “tortilla” (Spanish), “buoy” (Dutch), “dachshund” (German), “tsar” (Russian), “bazaar” (Arabic), “samurai” (Japanese)... and many, many more!

English spelling is hard because it represents the way English has been pronounced by a lot of different people, in a number of different countries around the world, at many very different periods in time! But while this may be really tough for people learning to read and write the language, it’s also kind of cool that you can see the history of English hidden in plain sight in the ways that its words are spelled. And fortunately, your pal Duo is always here to help you if you’re still learning!