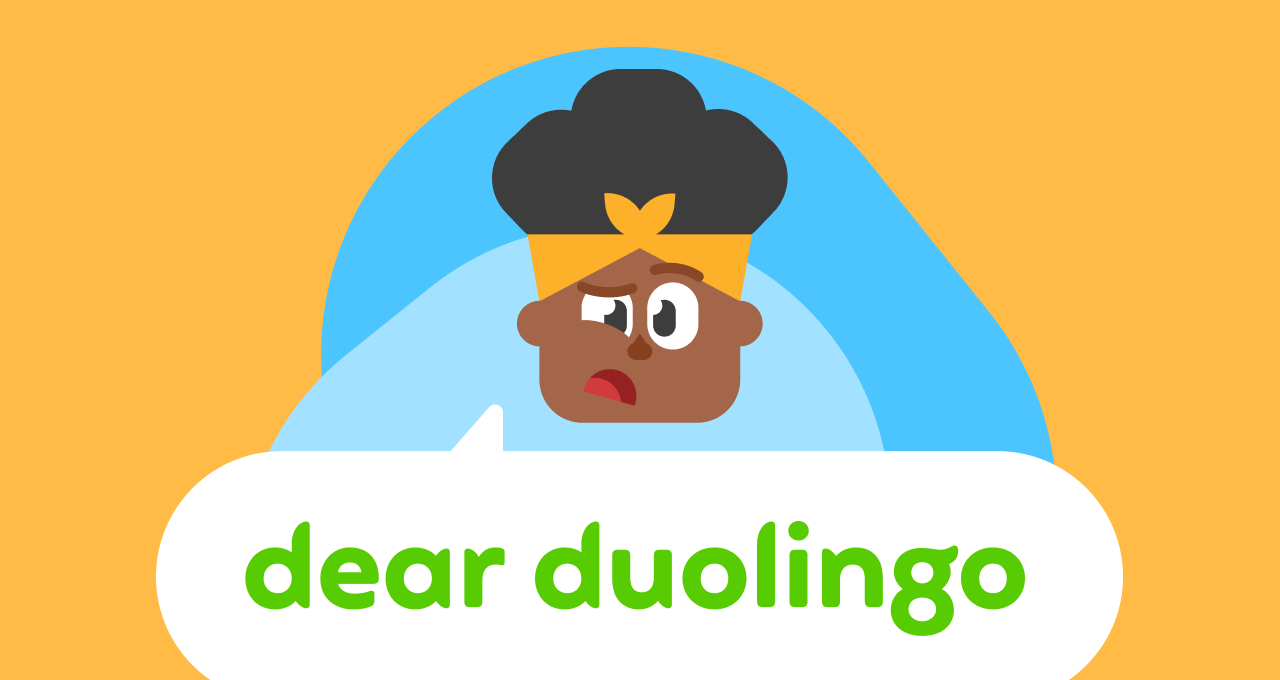 Hey, y'all! This week I've teamed up with Dr. Kristina Schoen, a Duolingo curriculum designer who is responsible for our German course for English speakers! She's bringing her expertise as a German speaker and teacher to answer one of the most common questions we get in the Dear Duolingo inbox, one that plagues German learners, is of interest to English language history buffs, and should instill feelings of relief (...even Schadenfreude?) in all other learners.

I'm at the beginning of learning German, and I wonder if you could help me figure out the word "the." I understand that they have male form "der" and female form "die" but I got another one that's tripping me up and that's "das." It seems like that's another form! Can you help me out?

Thank you,
Das It Ever End

You’ve got it, Das It Ever End: German has three grammatical gender categories! That der (the) goes with masculine nouns, die (also means "the") with feminine, and das (...the) is for neuter nouns. That's only part of the story when it comes to German, though…

There's actually two layers to these German articles (words like the and a): They vary according to grammatical gender and also by case, sometimes called declensions. These topics have been covered a bit in other posts, but here are the basics for German:

That means German is packing a ton of information into these tiny words: Articles indicate which grammatical gender category a noun is in, and which case the noun is in, in a particular sentence. If you've never studied German, you might be thinking, "Whoa, three genders… times four cases… that's 12 different articles!!"

But the truth is much, much worse…

In fact, there are only EIGHT different forms—because some of the articles are used for multiple genders and multiple cases. 😩

This week we'll get through the first layer of German nouns, so that you know what gender a noun is, and we'll cover German cases another time. Ok, here we go! 💪🏼

When learning German—or any language with grammatical gender!—remember that grammatical gender categories aren't based on human gender. You won't be able to guess which category a noun is in based on whether some aspect of the word reminds you of men or women, or masculinity and femininity, or anything like that.

Instead, German learners can use a combination of word endings and the type of word to learn the gender of a noun. While it's true that thinking about human gender and masculinity and femininity won't help you, in German many types of nouns (like all the words for the months, or most of the names of chemical elements) will be in the same gender category.

And, as you now know, German's three non-human gender categories are called masculine, feminine, and neuter.

What does it mean that some German nouns are "neuter"?

In many languages, noun endings form two categories, but languages can have many more than two categories. Zulu has 19! German, Russian, and Latin all have three categories, and for convenience, the categories have been given names: masculine, feminine, and neuter. That third category, neuter, can feel perplexing if you're used to a system like Spanish or French, which just has masculine and feminine, but the neuter category works just the same as the others—it's a group of nouns that behave the same way in the language's grammar, and humans, regrettably, gave it a name that understandably makes learners think it's more than just a third category!

Here are tips for remembering which nouns are in which category.

The first category is called "masculine," simply because most nouns for men are in this category—not because the rest of the words have anything to do with men. In the nominative case, you'll use der for "the." Here are some patterns you'll see in this category:

About two-thirds of one-syllable words are masculine, so If you have to guess about a new, short word, masculine is a good guess!

Next up are the feminine nouns (simply the second category), which use die for "the" in the nominative case. You'll find many—but not all!—words for human women in this category. Here are the basics:

And finally, category three—ahem, I mean, neuter! These nouns use das for "the" in the nominative case. And thankfully, they follow some patterns, too!

Where it gets messy: the exceptions

When it comes to exceptions, German follows the rule: There are plenty of exceptions. You'll encounter them even among the most common words, so remember to always study new nouns with their article. Here are some exceptions you'll run into a lot:

There are also some cases where a noun can have different genders, and thus use different articles:

Der is more where that came from!

These rules and patterns give you a good idea of what category a German noun is in, and we'll cover German noun cases, and how they interact with articles, in another post. Remember to always keep communication in mind, and know that it takes a long time to remember all the grammatical gender rules! Instead, start by focusing on common words, and words most useful to you personally, and study articles (der, die, das) together with the noun.

What other language and learning questions do you have? Let us know! Send your ideas to dearduolingo@duolingo.com.

A hearty thanks also to Annina Pfennig, part of our all-star Localization team, who contributed significantly to this post and my understanding of grammatical gender in German!