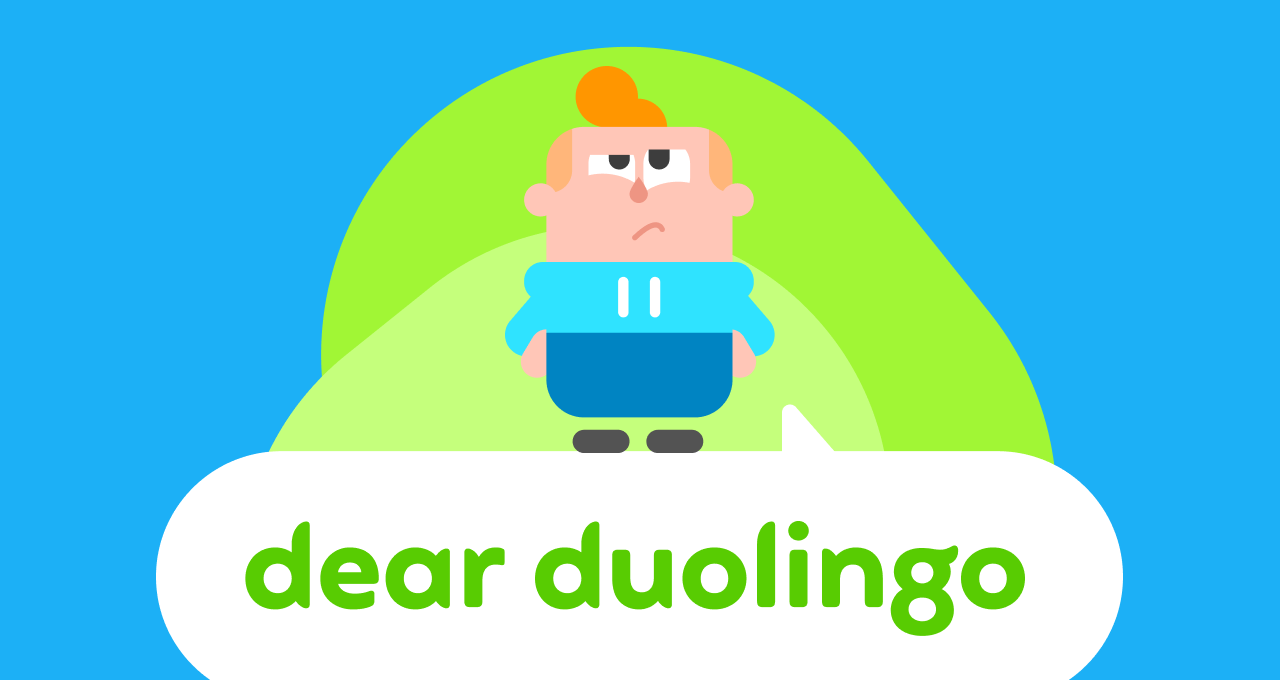 Hello everyone, I’m back! Thanks to my colleagues Estelle and Nora for stepping in the last two weeks while I worked on an answer to this week’s question, which is a doozy. Such a doozy, in fact, that this will be a two-parter.

I’m learning French right now and there are a lot of masculine and feminine nouns. What's up with this? Why are croissants all male?!

Thanks for your help,
Noun-Plussed

This is a question that has crossed the mind of every learner who has studied Spanish or French – or Russian, German, Catalan, Greek, Yiddish, Czech, Arabic, or dozens of other languages, especially those from Europe. And the answer has to do with a term you might not be familiar with: grammatical gender.

The term grammatical "gender" can be a little misleading, because it sounds like it should have something to do with human gender, or men and women, or something along those lines. And with names like "masculine" and "feminine," it makes sense that learners look for this meaning behind grammatical gender! But really, our English word "gender" has the same root as the word "genre": those grammatical genders are simply noun categories.

There's a lot of ground to cover here, so this week, we'll talk about what grammatical gender is and how it affects the grammar of a language, and we'll mostly be focused on how gender works in some European languages. In next week’s Dear Duolingo, we'll look at some ways to learn and practice grammatical gender, including patterns to look for in different languages.

What is grammatical gender?

Grammatical gender is a way to categorize nouns. In fact, it's just one of many kinds of noun classification systems you'll see across languages. Gender is a matching system, sort of in the same way that verb conjugations in many languages match the verb to the noun doing the action. Languages have a lot of ways of showing what words are related to which other words, and really that's the core of what "grammar" is: the rules for combining words.

Here are just some of the distinctions languages make behind-the-scenes about nouns:

And that's far from all the possibilities. (Really, I'm just begging you to ask me more about these! 😍) You might be less familiar with some of these terms, like "mass" nouns and "count" nouns, but if you know English, you already intuitively know the difference: why can't we say "two furnitures" in English? Why do we say "two pieces of furniture"? (Spanish doesn't have to do that!) There's not like some real, sensical reason…in English, "furniture" is just in the group of nouns that can't do that in our grammar. 🤷🏻‍♀️ So, when it comes to “masculine” and “feminine” nouns, the same idea applies:

Grammatical gender is a way of dividing nouns into categories.

Unlike mass and count nouns, it's a little harder to describe this system, because each category has so many totally unrelated words. It happens to be the case that in many languages, including lots of ones in Europe, most words for men (man, boy, male teacher) are in one group, and most words for women (woman, girl, female teacher) are in another group. For the sake of a name, these groups are called masculine and feminine. In fact, these terms may have first been used only in reference to grammatical gender (and not to people), thousands of years ago!

If you're an English speaker, you might have been able to avoid knowing that your language has mass and count nouns, but as a language learner, you might be hyper-aware of masculine and feminine nouns in your new language. But they are a noun category like any other!

Pop quiz: Is the gender of a word related to its meaning?

Before we continue, let's do a little quiz.

True or false: The Spanish word for "house," as in la casa (the house), is feminine because the home was traditionally seen as a woman's space.

Answer: False! If that were the case, we might expect all words for "house" to be feminine across these grammatical gender languages, or at least ones with similar cultures or gender roles. And they're not! The Russian word дом (dom) is masculine, and the German word Haus is neuter (a third category, basically just neither masculine nor feminine!). In fact, house words aren't even consistent in Spanish; for example, la casa "the house" is feminine, but el hogar "the home" is masculine. See how this works?

I know this is disappointing, because many of us spend our lives searching for meaning! Especially when it comes to making sense of grammar. But alas, grammatical gender is mostly arbitrary. In most cases, you won't be able to sort of think through a word's meaning to decide if it's more like one category or another.

Let's take a closer look at grammatical gender in Romance languages, since that includes French (which you're studying, Noun-Plussed!) and since these are some of the most popular languages on Duolingo.

You might have heard of the basic pattern in Spanish, that words ending in -o are masculine and words ending in -a are feminine. That's mostly true, and we'll get into the full set of rules in another post, but a natural question often asked by people who only know a grammatical-gender-less language is, well, why? There's no special reason for these vowels to be associated with these genders (are you noticing a theme, here?). Remember how we talked about how words fall into different genders (genres)? When it comes to Spanish, the majority of words in each category end with the same sound – in one category it's -o and in the other it's -a – so today those sounds are associated with their gender category.

As far as the Romance languages of today, their words will often have the same gender because they all evolved from Latin, which also had gender. So Latin castellum "castle" has become el castillo in Spanish, il castello in Italian, and le château in French (all masculine!) – and, conveniently, all evolved to end with some kind of -o sound, even if the spelling has changed.

But of course, the associations have gotten messier over time and there are plenty of words in each category that don't end with that most-common sound. That's because grammatical rules and pronunciations are always changing, so patterns that were (kind of) clear at earlier stages of the language may not be transparent forever.

One result was that words in the new Romance languages didn't always have endings that made them clearly one gender or the other. But in languages with grammatical gender, all words need a gender. Speakers kind of arbitrarily ended up using one gender for the word – because (say it with me) grammatical gender is unrelated to meaning for inanimate nouns!

That's why those sounds you associate with each category only work for most but not nearly all of the words in that category. Old Latin noun categories got changed and combined, and speakers had to figure out what to do with words as they continued to evolve and change.

For example, the Latin word for "sea" is mare and it didn't have a clear -o or an -a at the end. This ended up being the case in many Romance languages as well: it became il mare in Italian and o mar in Portuguese (both masculine), but la mer in French (feminine). Interestingly, Spanish uses both genders: typically, for most speakers in most contexts, mar is treated as a masculine noun and gets el, but there are dialects and poetic uses where mar is feminine and gets la (including in the poem Caminante, no hay camino by Antonio Machado).

Grammatical gender is evidence of a long, complex history of a language's grammar, and it’s never easy to answer “why” certain rules exist in a language. Humans naturally look for meaning and patterns, across lots of domains, and that's why we're such good language learners! Next time on Dear Duolingo we'll get into the gender patterns of a few languages and offer some ideas for learning gender in a new language. And remember to submit your questions about language and learning to Dear Duolingo!