Editor’s note: Meet a Duo is a blog series providing a window into the lives of the people who make Duolingo. The world’s largest language-learning platform is made by a quirky mix of engineers, designers and language scientists from all over the world working together at Pittsburgh’s leading tech startup. Learn more about us here.

“I had been in places where the job was just a paycheck, but at Duolingo, everyone uses, loves, and wants to help improve the product.” 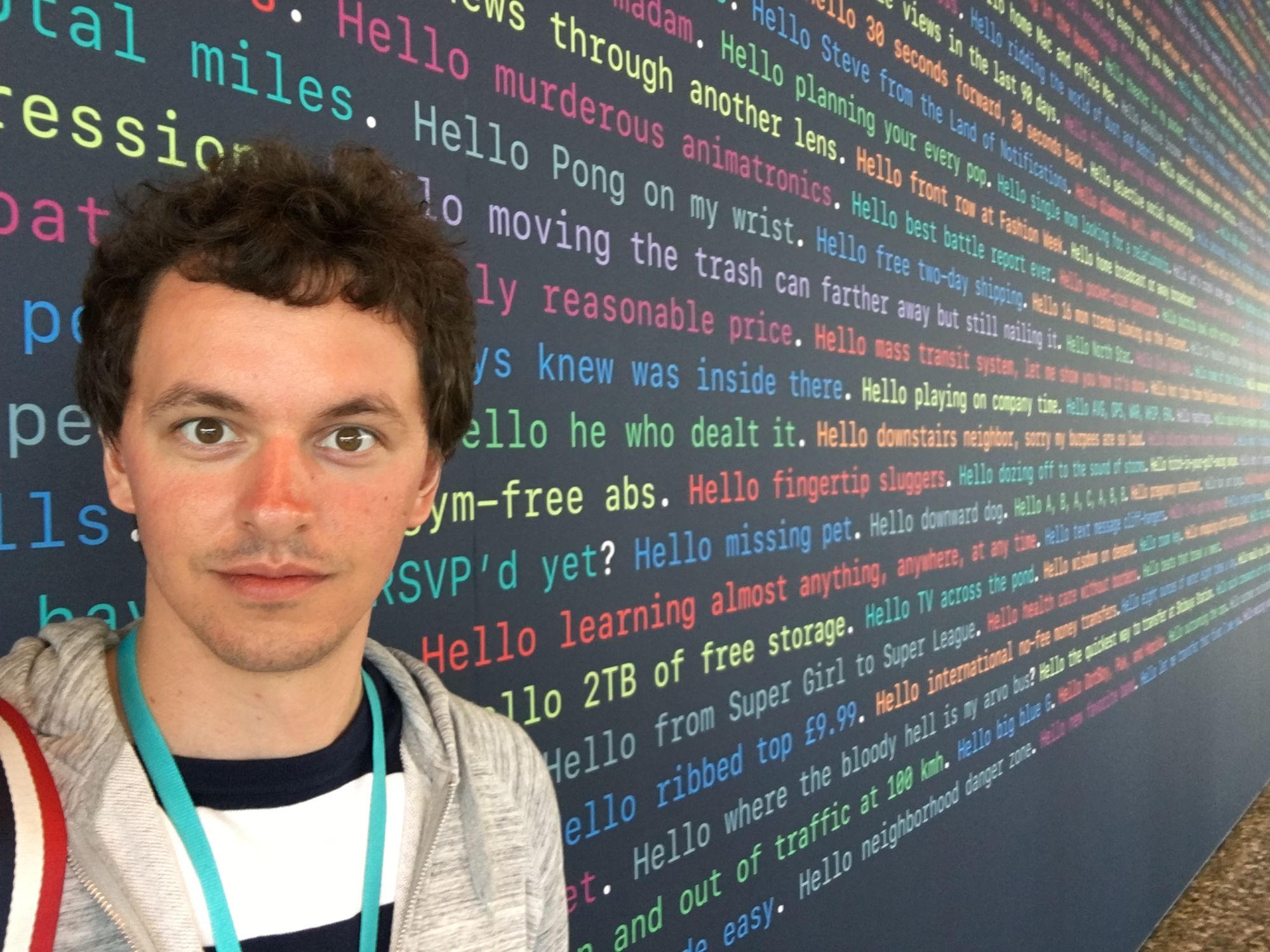 Caesar Wirth is a Senior Software Engineer who has been with Duolingo for one year.

Where are you from?

I grew up in a village of 2,415 people in Wisconsin called Williams Bay. Our claim to fame is that we have the Yerkes Observatory which holds the world's largest refracting telescope! Apart from astronomical wonders, it was also a pretty nice place to grow up.

For the past five years, however, I had been living in Japan. I studied abroad there in my university days, and I returned almost immediately after graduation. Tokyo is a wonderful city with so much to do and so much going on, it's almost impossible to get bored. Recently I've moved to Pittsburgh for Duolingo.

What languages do you speak?

English and Japanese. Native English, because I was born and raised in the USA. My Japanese is pretty good - well, at least good enough for my previous employer, a Japanese company, to hire me as a Software Engineer!

What languages are you currently learning?

My dad came to the USA from Switzerland a few years before I was born. His native language is Swiss-German. Recently, I've been really trying to get my German off the ground. On a good day, I can understand YouTube videos alright. Just a little while ago, some of us Duos got together to practice German over dinner (a “German Table”), where I actually got to speak German for the first time. I learned that I've still got a long way to go!

What’s a project that you’ve been working on recently at Duolingo that has challenged you or that you are proud of?

We are changing some of the ways the iOS and Android apps communicate with the backend servers in order to make the app faster and use less data. I've been working on doing the iOS changes. Part of what makes it challenging is that a lot of data has changed – new things are added, old things are removed, etc. Sometimes it can be hard to try and get the new and old things to work together. I'm certain I'll be proud of it when it's done, but there’s a lot of work until I get there.

What’s a project or activity in your life outside of work that you’re working on?

This is kind of silly. Do you remember that immense feeling of pride and accomplishment when you finally beat a videogame that you'd been playing for such a long time? Have you ever taken a victory picture at that final "The End" screen? I sure do. A few years ago, I started playing old videogames that I never got around to beating. Usually games from NES up to PSX. I've gone through a number of the Final Fantasys, Zeldas, but my most recent trophy is Morrowind.

When I was still in Japan, a few friends and I had a Dungeons and Dragons campaign that I led. I actually grew up very near where it was invented (take a look at those old editions and you'll find Lake Geneva, WI). We were all new to D&D, so none of us had a very good idea of the rules, but we had a lot of fun. Unfortunately, I came back to the USA right as Balyn, Dane, and Runar were about to find out what was going on in the basement of the old manor. I guess we'll never know.

What surprised you about Duolingo (the company or the product) after you started working here?

I was pleasantly surprised at how everyone in the company is so passionate about the mission! I had been what you might consider a power user of Duolingo a few years before I joined (I had a streak of over a year before I lost it to international travel). I had been in places where the job was just a paycheck, but at Duolingo, everyone uses, loves, and wants to help improve the product. I feel way more positive, productive, and invigorated in this type of atmosphere.

Also, chocolate covered almonds. Oh man, I eat way too many of those.

What do you miss most about Tokyo?

Pittsburgh is great, but it’s such an entirely different world than Tokyo! Apart from my friends, I’d say the thing I miss most about Tokyo is ‘convenience’ – 24-hour convenience stores, magnificent trains and buses that are never late, and more vending machines than you knew you needed. It’s a tough transition to go from having everything at your fingertips to actually having to drive places.

We recently had a launch celebration at Duolingo HQ in Pittsburgh for the launch of our Japanese course and we had a lot of Japanese food & beer catered for the event. It was nice to eat some familiar flavors while being surrounded by people who are all interested in learning Japanese!