Spooky season is now upon us, so what’s more fitting than diving into the language of death and danger? (Lily is going to love this!) 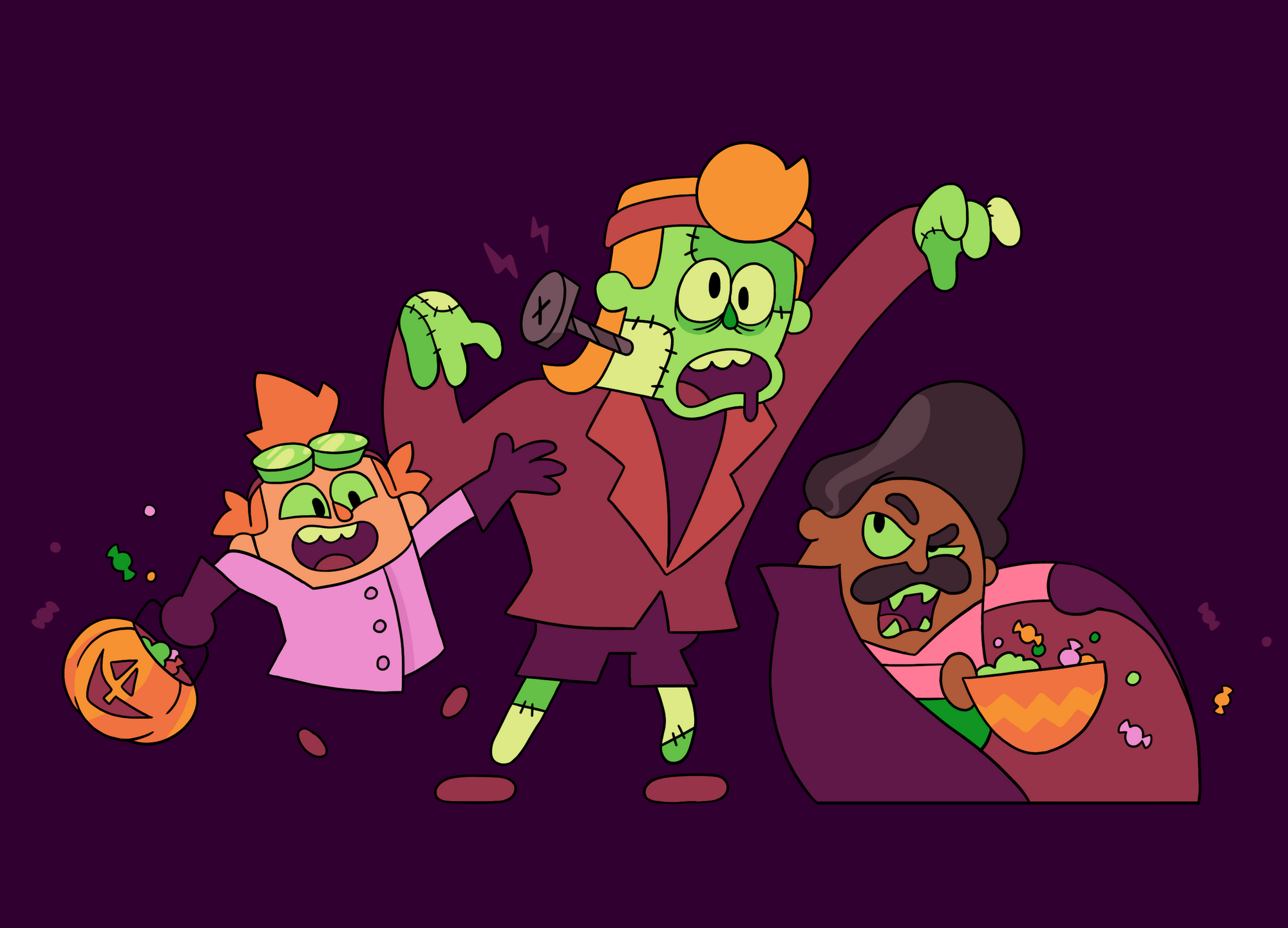 One kind of taboo across cultures involves numbers– some are lucky while others are more… sinister. (Fun fact! The word sinister comes from the Latin word, sinistra, which means left, as it was generally considered evil to be left-handed. Sorry, 10% of the world’s population. 🤷🏻‍♀️)

In the U.S., we tend to steer clear of 13, but in Italy, one might avoid 17 instead. Just like some U.S. high-rise buildings might skip the 13th floor, Italian hotels might skip Room 17. It’s thought that this comes from the Roman numeral for 17, which is XVII. An anagram of this number is VIXI, which means, in Latin, “I lived,” or “I have lived.” If you’ve already lived, then you’re probably already dead, too. Eek!

That's not the only example of taboos coming from words that sound a little too macabre. In China, the number 4, 四 (sì), is considered very unlucky because it sounds a lot like the word for death, 死 (sǐ), which has a different tone. Four is also taboo in Japan and Korea, due to their long history of borrowing vocabulary from Chinese. Elevators in these places might also skip the fourth floor entirely. If the building does have a fourth floor, the elevator’s "4" button may be represented by something else, like the letter F to symbolize the English word “four—that word doesn’t hold the same connotations. Going up!

And don’t even think about gifting someone a clock or watch in China. "Is that because a clock probably has the number 4 on it?," you might ask. Good guess, but no! 送钟 (sòng zhōng), or “giving a clock,” actually sounds exactly like 送终 (sòng zhōng)... “making funeral arrangements.” 😱 Probably not the message you’re trying to send along with your housewarming present.

What’s in a name?

But the taboo around words isn't limited to numbers. Sometimes a name can hold so much power that we can barely utter it, for fear of conjuring the threat and making it a reality. (Here’s looking at you, “He Who Must Not Be Named”...) The fear of danger might be so strong that an entirely different word is used to refer to the ominous being. For example, in the early 18th century in the Balkans, during the time of frequent vampire sightings, many euphemisms for "vampire" emerged to avoid summoning it. Words and phrases like “uncle” or "sweet one" were used instead. “I think I saw a vampire” = dangerous, what if they hear you?! “I think I saw a sweet one” = safer, sneaky!

Even before vampires were on the scene in southeastern Europe, the Germanic tribes of northern Europe avoided summoning another fearsome creature 🐻 by instead referring to it just by its color… brown. Their word for “bear” (baer) was derived from an older word for the color brown (bher). It’s thought that uttering the original word for “bear” might have been taboo, and that Germanic people who likely encountered these animals in the wild while hunting, preferred to use its characteristic, “brown,” over its common name, lest it hear them. 👀

But brown isn't the bear’s only characteristic. In Slavic languages, like Russian and Polish, the bear was not identified by what it looked like, but rather by what it ate, again for fear of making it appear. Russian replaced a much older word, probably similar to the Latin word "ursa" (as in “Ursa Major,” that Great Bear constellation made up of the Big Dipper!) with медведь (medved'), meaning “honey-eater."

So what can we learn from centuries of taboos around the world? We may not speak the same languages or come from the same cultures, but we all fear death and danger. Maybe that’s why Duo “threatening” learners seems to get some results…

In U.S. culture, ghosts and spirits are something we’re afraid of, especially when Halloween rolls around. But that’s not the case in other parts of the world, where ghosts or spirits may be present for other holidays.

El Día de Muertos or “The Day of the Dead,” is celebrated in Mexico just after Halloween in the U.S., but it is not a spooky or scary holiday. Rather, it's a time to celebrate and honor the dead, as the souls of those who have passed away return to reunite with their loved ones still living. Families might welcome them home by preparing colorful altars where they place decorations, photographs of the deceased, and their favorite foods.

Similarly, during Obon, in Japan, it is also believed that a family’s loved ones temporarily return. Many family members will visit the graves of the departed, make offerings of food on home altars, or place lanterns on their front door to guide the spirits home.

During Gai Jatra in Nepal, families honor their immediate family members who passed the previous year. Unlike El Día de Muertos or Obon, the departed do not come for a visit, but rather the opposite—at this time, souls of the recently departed can now enter the world of the dead without having to be reborn. Because it is believed that cows (the national animal of Nepal) can help guide these souls to heaven, families may have their children dress as cows and lead a procession helping guide their loved ones to the afterlife. Even though the festival’s focus may seem heavy, Gai Jatra is known as a joyous time, filled with fun, costumes, and comedy.

How to say “boo!” in other languages

If you'll be doing some scaring of your own this Halloween, you can always pop up out of nowhere with a loud, forceful “boo!” But this year, why not try it in a different language! You might catch your unsuspecting victim off guard in two ways. 😏

So now we know that language tells us it's normal to fear death. 😅 This Halloween, remember that not all spirits are scary...but Duo always is. Boo!