In the U.S., September 15 is the first day of Hispanic Heritage Month, and this year we're kicking off the celebration by digging into a language topic of interest to Spanish learners, Spanish speakers, and all language enthusiasts in between: Spanglish!

"Spanglish" can be used to mean many things, and in this post we'll be focusing on codeswitching, the practice of mixing languages. 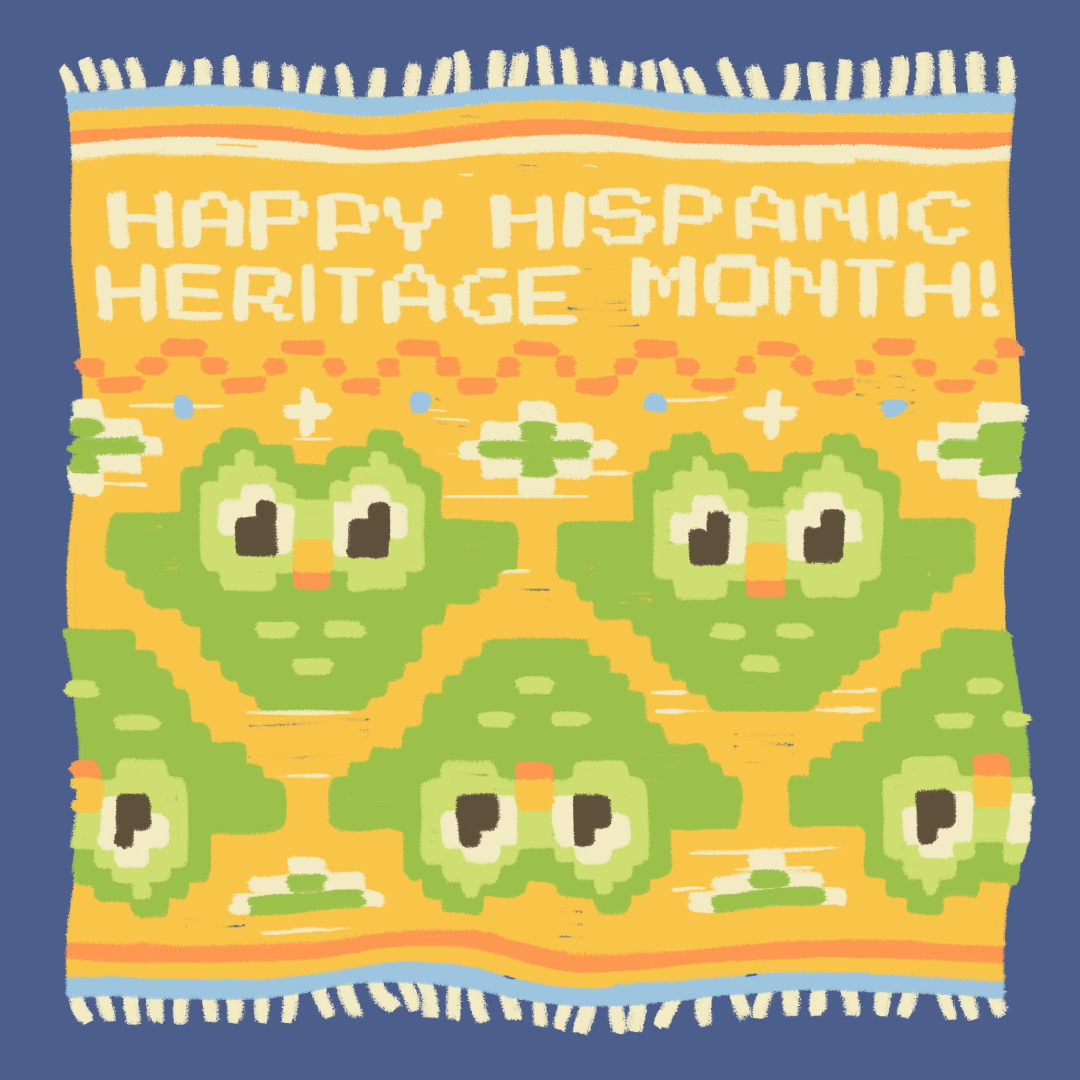 Codeswitching is a term linguists use to describe how people who know more than one language or dialect sometimes "switch" between two or more language "codes," or language systems. Some language combinations have names you might have heard before: Spanglish is English and Spanish, Franglais is French and English, and Portuñol is Portuguese and Spanish. These combinations have linguistic properties of their own, including their own grammar and rules about who to use them with. Codeswitching is one way that bilinguals make use of both their languages!

There are also many kinds of codeswitches, ranging from using mostly one language with just a few words from the other language, to lots of frequent switches back and forth. One early research paper about codeswitching, by Dr. Shana Poplack, is famously titled "Sometimes I'll start a sentence in Spanish y termino en español" ("and finish in Spanish"), a quote from one of the Puerto Rican bilinguals she interviewed.

These different kinds of codeswitches can often tell us about who is doing the switching and the situation they find themselves in. For example, is the speaker more comfortable in one language, the other language, or both pretty similarly? What about the person or people they are speaking to? Is a particular word or phrase more common in one of the languages or cultures?

Codeswitching requires high degrees of language proficiency and sensitivity to the language abilities of the people in the conversation. This also means that a single person could make use of different kinds of switches, depending on who they are talking to!

Codeswitching grammar: playing by its own rules

Codeswitching, especially switches from that third category (with multiple switches in the same sentence), also follows a special kind of hybrid grammar that incorporates rules and word information from both languages. For Spanish and English, codeswitching takes English grammar rules for the English parts, uses Spanish grammar rules for the Spanish parts, and has developed its own rules for what happens right at the switch itself.

Some of the hybrid rules take into account vocabulary and grammar differences in each language. For example, in English, the word "that" is optional in certain kinds of sentences, so you can say either "I hope that they come" or "I hope they come." In most dialects of Spanish, you have to say the "that," so you can say Espero que vengan "I hope that they come" but not Espero vengan -- it sounds incomplete to speakers of some dialects of Spanish. The Spanish que "that" is sort of linked to the verb that comes next (vengan "they come"). Spanish-English bilinguals subconsciously know this weird little subtlety about their languages: Spanish que is linked to the next verb in a way that English "that" isn't.

And so the grammar of Spanish-English codeswitching takes this kind of detail into account! If a speaker is using both languages in the same sentence and needs to say que or that, they're way more likely -- unconsciously! -- to say Spanish que. That's true no matter whether there's Spanish or English before or after the que.

That's because codeswitching, just like language in general, is related to culture. Spanish-English codeswitching is more likely to happen in communities that have a developed a unique third culture, not instead of English-speaking culture or Spanish-speaking culture, but in addition to those identities. Codeswitches from that third category are especially common in the communities along the U.S. border with Mexico, including Los Angeles and southern California, in Puerto Rico, and among Caribbean Spanish speakers in New York City and Miami. Anywhere there are lots of Spanish speakers living in English-speaking areas, codeswitching can develop as a language practice!

Language fits its culture and community

As you can see, Spanglish and codeswitching are more nuanced than they might seem at first. Codeswitching has rules: it takes into account the language abilities of the speaker and the listener, and its grammar is a unique combination of existing and new rules from the languages. Codeswitching is a reflection of the unique language proficiencies and social experiences of people who are bilingual and bicultural, including many celebrating Hispanic Heritage Month in the U.S. The more communities we're a part of, the more innovations we make to express ourselves!

You can read more about language and identity by watching Dr. Jessi Grieser's 2021 Duocon presentation on language and belonging! And learn about how your brain juggles multiple languages and the research around language learning and bilingualism on the Duolingo Blog.