2022 marked a return to travel in a big way after several years of closed borders and other quarantine measures. Despite frustrating travel experiences at crowded airports, people are persisting and we predict 2023 will see many people taking trips abroad. This will hopefully result in many new learners studying a language to bring with them on their next vacation, making 2023 the Year of the Confident Traveler. After all, navigating another country is much easier with a basic understanding of the language!

We talked to some of the Duolingo learners who downloaded the app in the second half of 2022 for a big trip or vacation this year or next. Here’s what they told us about their plans for adventure, and how learning a language became an exciting part of the process. 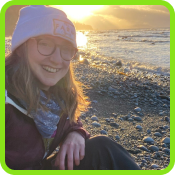 Sinead had never been to a non-English-speaking country before deciding to travel to Korea on her own for two weeks at the end of this year. While Korean can be challenging for English speakers to learn, Sinead chose Duolingo because it seemed like an easy entry into the language, and because she liked competition as motivation. “My friends and I like to compete for the longest streak. It makes it fun and more interactive.”

While many language learners can find it hard to continue dedicated study while traveling, Sinead has found herself continuing to use Duolingo while in Korea. “I have primarily been using it while on the subway, usually in 15-20 minute increments,” she said. “It is an easy and productive way to pass the time.”

The Korean language uses an alphabet called Hangul in its written form. “Because the written text initially looks so different, I think that makes the language feel daunting,” said Sinead. “But I also think Hangul is really interesting and logical the more I learn about it. I have found Korean really cool so far and I am excited to keep learning.”

Most of all, Sinead is thankful for the ability to express gratitude to the Koreans she has been interacting with on her trip—from the older man who took her picture at Cheonggyecheon to the worker in a restaurant who showed her how to properly flavor her naengmyeon—in their own language! 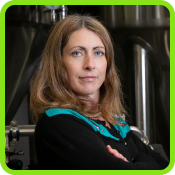 As the co-owner of a Devon brewery, Jess says her life is quite busy, which is what drew her to Duolingo when she started planning for a family trip to Sardinia, a large and picturesque Italian island in the Mediterranean Sea. The “bite-sized chunks” of Duolingo’s lessons felt manageable, she says, adding: “I need something where I don’t have to think what to do or which bits to learn, it’s laid out already and I can just get on with it.”

Jess only used Duolingo for five weeks before leaving for her trip, but says she learned a lot in the relatively short time. “It’s strange not seeing the whole lists of verbs like you do in school learning, which give you that visual of all pronouns and verb forms together,” she said. “But if you keep the faith it does build up and suddenly you know things without realizing you know them.” Once Jess got to Italy, and started visiting Sardinia’s white sand beaches, mountain towns, and rocky coves, she realized how much Italian she had actually picked up. “When we were in shops or restaurants I could help translate menus and signs for my family, order food, and answer basic questions from waiters. Sometimes my family would even look impressed!”

For Jess, it felt good to be able to understand what people were saying. “Italians are known for speaking fast,” she said, “but people in Sardinia were very kind and spoke slowly to me so I could get the sense of what they were saying.” Jess plans to continue studying Italian on Duolingo, as she hopes to return to Italy again soon. 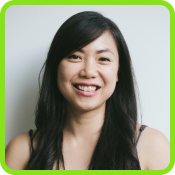 Stephanie downloaded Duolingo this summer in preparation for a month-long trip to Japan she’s taking with her boyfriend next year.

This isn’t Stephanie’s first time studying Japanese: She attended a few elementary language classes in college and has watched “a ton” of anime. Still, with the prospect of a big trip on the horizon, it felt like the right time to download Duolingo to elevate her “elementary grasp” of the language to something more conversational. “My understanding of the grammar got a ton better with Duolingo,” says Stephanie. “Japanese isn’t an easy language to learn since the sentence structure is totally unlike English.”

Stephanie and her boyfriend do their lessons together, usually at home at the end of the day. “The first week or so we really dove in and did 30 minutes. As time went on, we’d do 5-10 minutes just to keep the streak going.”  Both will test out their improved language skills next year as they navigate Japan! 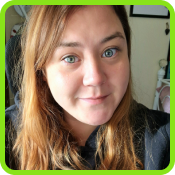 Before starting the German course on Duolingo, the bulk of Becka’s knowledge about the European language was limited to an episode of The Simpsons called “Die Bart Die,” in which Sideshow Bob claims he didn’t mean the eponymous phrase in English but in German, where “die” means “the.” Classic!

But when she started planning a week-long winter trip to Germany to see the Christmas markets in Cologne and Dusseldorf, Becka wanted to learn more. “I didn’t want to be one of those people who rocks up to a country without knowing even the basics for being polite,” she said, so she downloaded the app in September and set about learning the “hi”s, “bye”s, and “thank you”s of the language.

Becka traveled a lot in her 20s, when she worked on a cruise ship, but the trip to Germany with her partner will be her first time out of the U.K. in five years! She’s particularly proud of her 51-day streak—Becka has ADHD and said she can struggle to maintain a new routine. “I definitely fall into the group of people who start new hobbies and stop after a week or two,” says Becka. “So the fact I’ve kept it up this long is something I’m really proud of.”

Wishing Becka, Stephanie, Jess, and Sinead safe and happy travels! If you’re looking to pick up a new language before traveling, here are a few tips: