If you, like us, opted for the National Scripps Spelling Bee instead of the NBA finals, then you would have heard the commentators discussing a particularly tricky vowel tripping spellers up on some of the most difficult words. It is lurking around the corner of English words and creeping into forgotten syllables. It’s a vowel called a schwa.

It's the bane of every speller's existence, and it's kept many an English learner (or National Spelling Bee competitor) up at night. How can you tell what vowel is written when it's pronounced as a schwa?? 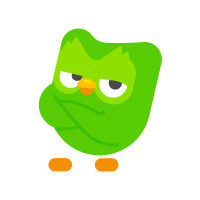 The schwa sound shows up in a lot of places in English. As you can see, in English a single sound can be written with a lot of different letters, depending on the word, and the schwa is especially sneaky, showing up for all written vowels!

Schwa has two important roles in English: one is as a main vowel, like in but or the first o in color, and it's also used a lot in unstressed syllables, which makes it a real headache for professional spellers.

In an English word, one syllable is typically a bit louder and longer than the other syllables, and the syllables that aren't stressed get sort of reduced and lose their distinct vowel sounds. Instead, many of those unstressed vowels get pronounced as a schwa, written as ə in the International Phonetic Alphabet. Because all kinds of English vowels get reduced, schwas show up in lots of words, for lots of letters, and you can't really tell from listening how to spell a schwa!

Schwa might be the most relaxed vowel around, but that doesn't mean that it hasn't caused plenty of stress for learners and spellers around the world!