When I was a kid I used to play a lot of Nintendo 64 – in particular The Legend of Zelda. Even after I beat the game, I would continue to spend many hours wandering around the open-world making up my own stories and adventures. I loved the characters of Zelda so much that I wanted to spend as much time in that world as possible. While it was the open-world game mechanics that made Zelda feel different from others, it was the characters that I developed a deep connection with – which lasted long after I finished the game.

One of our main goals at Duolingo is to make it easier for our learners to spend time within our product (because let’s face it, learning a new language doesn’t happen overnight). One way we determined we could help with that was by introducing a cast of characters that our learners would enjoy spending time with. We knew this cast would have to be diverse, fun, and complement our existing green owl mascot, Duo. This is why we spent the last 18 months designing a set of characters that our global community of language learners would feel motivated by – and hopefully fall in love with.

When designing our characters, we wanted them to reflect the qualities of the product we were already building. At Duolingo we create solid learning content, but not without infusing it with moments of delight and quirk. The Duolingo brand continually walks the line between authentic and outrageous. We showcase scenarios where learning a language feels applicable while also making sure those scenarios remain fun. So while we can teach someone how to order food in a new language, what happens after they order that food is where the magic happens.

So how does a set of characters fulfill both needs? We explored all kinds of design solutions. While characters like vikings and space aliens were interesting, they felt too far removed from the reality of language learning. We decided they should be modern humans but possess very quirky personalities. Since language is not only global but also deeply rooted in culture, we had a responsibility to highlight those cultures. We especially wanted to showcase those that are typically underrepresented in Western media. There was a lot of care taken in making sure the characters were relatable in their struggles and affections, but endearingly askew in the Duolingo way.

You might be thinking, “This is clearly a far cry from your mascot who is very much not a human.” And you’re right. We were posed with another question: how does a culturally diverse set of characters live in the same world as a green owl? The connection relied on visual design.

All roads lead to Duo

Duo is the most important visual aspect of our brand. In order to create characters that worked well within our existing design language, we knew they had to resemble Duo. Duo has four main components. He is constructed very simply: he's very geometric and basically just a body with wings. He’s also equipped with really big endearing eyes and a unique body shape and detached feet. When you look at all of these components together and apply them to a human character, you start to see something interesting: a human character reflecting Duo’s design language and thus making them feel like part of the same world.

But don’t make the mistake of thinking we got it right the first time. We went through countless designs, attended workshops, scrapped designs, visited with industry professionals, did some more designs, and then finally (a year and a half later) landed on a set of characters we were all pleased with. 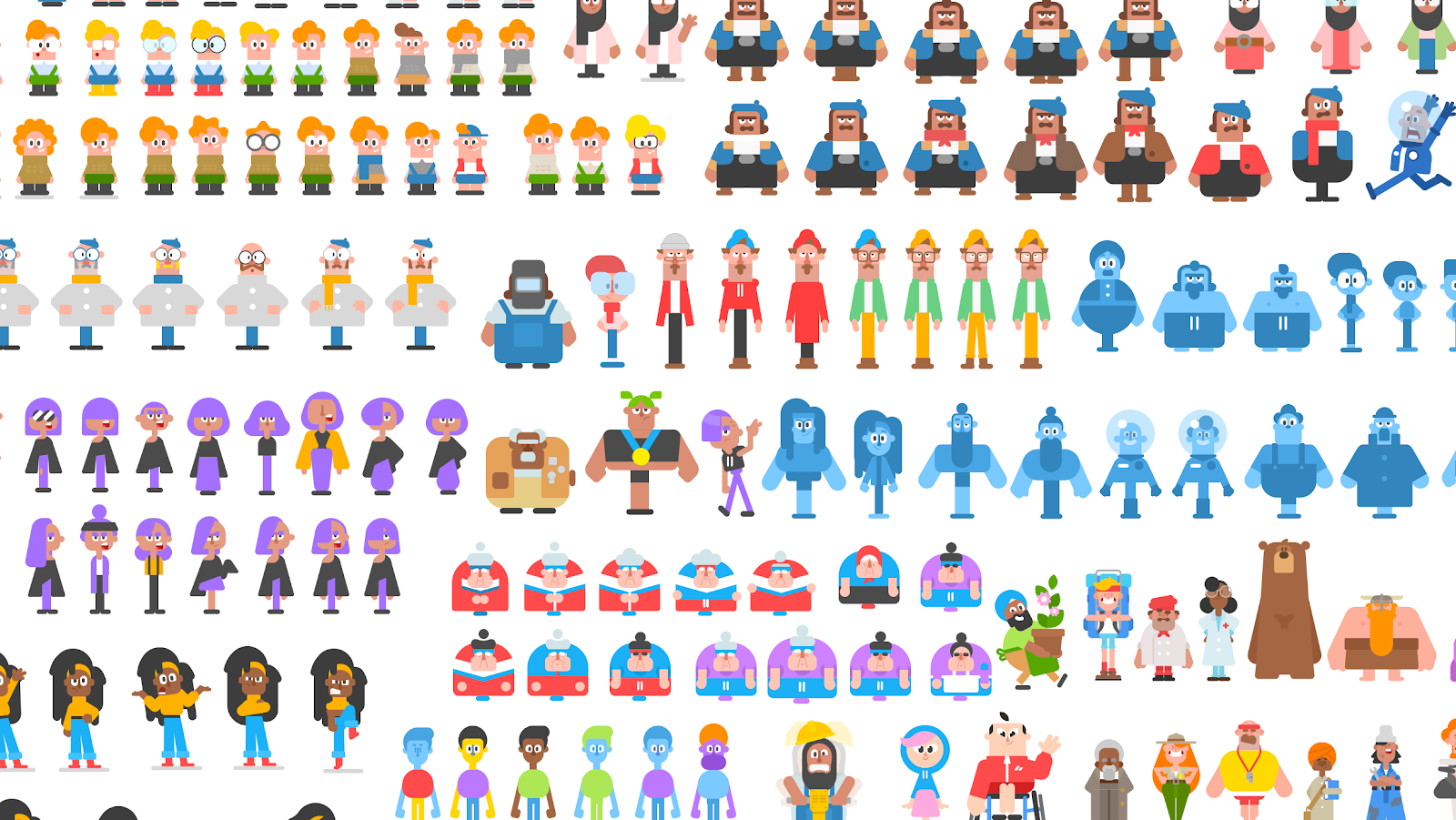 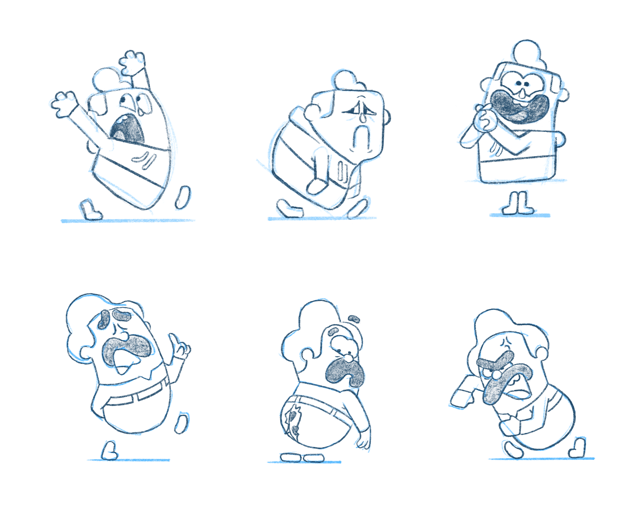 If the characters were going to have any lasting impact, we’d have to surface them in places where learners spent most of their time – so we designed the characters into the majority of our exercises by having them “speak” the sentence that the learner was translating. But we didn’t stop there. With the help of our animation team, we gave each character a unique animation that would play anytime a learner answered an exercise correctly.

We took this idea a step further and created what we call mid-lesson animations. These are basically interstitials that reward a learner for answering a number of exercises correctly in a row.

And that brings us to today! There is a bright future for our characters and many new ideas that our team is already kicking around. My hope is that characters offer more possibilities into the development of our fantastic product, help users achieve more language goals, and who knows, maybe become something they genuinely fall in love with. I know I have.