How many languages do you know?

Depending on where in the world you are from, the typical answer is likely somewhere between 1 and 5. But what if I asked you to also include dialects and other varieties besides "standard" languages in that total—it’s very likely this number would be noticeably higher. Perhaps you speak one dialect of English at home with your family but there’s a different version spoken in your community. You might then switch to a more formal version at work, while also having exposure to multiple other versions on television. You might not consider these as separate languages, but would you think of yourself as multilingual?

There is no widely accepted distinction (even among experts!) between what makes some varieties “languages” and others “dialects.” Dialects are often considered variants of a standard language, with differences in pronunciation as well as the use of different words and grammar, but they are often excluded when talking about “language” and multilingualism. Sometimes, the difference between a dialect and a language is based on how well people can understand each other.

For example, if two people using different varieties of a spoken language make sense to each other, even if they would say things differently, then they are assumed to be speaking two dialects of the same language. Yet, someone from Birmingham, Alabama might struggle to understand the Brummie dialect of someone from Birmingham, England despite both speaking “English.” On the other hand, speakers of different Scandinavian languages can understand each other to varying degrees, but those varieties are called "languages" and not "dialects." So, when does a dialect become a language in its own right?

Think back to the question I asked you earlier. How did you decide which dialects and languages to add to your total, and which to leave out?

Let's take a closer look at dialect-switching, bilingualism, and what science can tell us about how our brain manages multiple languages.

Because some varieties have more status than others, and are afforded the label of "language," situations can arise where speakers within the same community might maneuver between using a “high” prestige standard variety in formal settings such as education, and a “low” variety in informal settings such as the home environment. This is known as diglossia and such situations are found all over the world for languages and dialects alike.

Multilinguals might switch languages based purely on which variety is spoken by the individual they are communicating with. For example, a Spanish-German bilingual on vacation in Germany might use Spanish to ask their Spanish-speaking family what they would like for dinner before switching to German to place their order with their German-speaking waiter.

Dialect speakers, too, might base their language choice on what is spoken by the person they are communicating with. Yet even when their fellow speaker might understand both their varieties, they may face greater pressure to select the one that is most socially relevant for the current environment and situation—for example, a Cockney speaker from London switching to a higher-prestige variety like Estuary English during a job interview. But just how similar are these abilities and experiences between speakers of different languages and dialects? 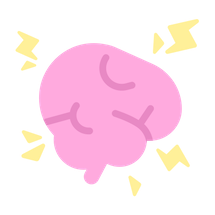 Bilingualism and the brain

Our brains are built to handle multiple languages—and dialects—and this area of scientific interest has increased rapidly over the past few decades. Bilingualism research shows that even in situations where people expect to only use one language, all the varieties that a person knows are turned on in the brain and can influence the one being spoken.

So how do bilinguals manage all this multilingual activity? One way is through inhibition, the cognitive equivalent of turning down the volume. When a multilingual wants to use a specific variety, their non-relevant languages are turned down or inhibited, like making them quieter without hitting the off switch. By subconsciously inhibiting the other varieties, a multilingual makes it less likely that they will accidentally slip into those varieties when speaking a particular language.

Many multilinguals don't only practice inhibition—they also have practice intentionally using both languages at once. Speakers who mix their languages even within a single sentence need to keep all of their varieties active, to keep all their languages' volumes turned up! They have practice turning the volume down, to use one language at a time, and the additional cognitive skill of managing the volume from both languages.

“Dialects” and the brain

My work investigates these switching effects in speakers of varieties that are not universally recognized as separate languages, including Dundonian Scots, a variety spoken in my hometown. Scots is a Germanic language closely related to English. Despite its official recognition as a minority language by institutions such as the Council of Europe, UNESCO, and the United Kingdom and Scottish governments, Scots often finds itself as the less prestigious variety compared to English. Indeed, many speakers themselves consider it not as a separate language but a dialect and “just a way of speaking.”

But research shows that these speakers behave just like bilinguals: They have very similar patterns of switch costs based on how familiar they are with Scots and English and how often they use them. This suggests these speakers' brains treat their two varieties just like two languages—and are skilled at switching between them, too. However, because these “dialect” varieties can sometimes be considered low status, their speakers do not often consider themselves as anything other than monolingual speakers of English. Studies from other parts of the world have also demonstrated these bilingual effects for speakers of closely-related language varieties!

So how many languages do you really know?

As the popularized phrase “A language is a dialect with an army and a navy” suggests, the distinction between dialect and language is often a socio-political rather than linguistic one. And when we researchers analyze cognitive differences between monolinguals and multilinguals, we see that the line between “language” and “dialect” is blurry: Both appear to be stored and processed in a similar way.

So next time you find yourself switching between dialects, or other varieties you might not consider “languages,” you can be safe in the knowledge that you are engaging in a form of multilingualism and giving your cognitive language control mechanisms a workout!