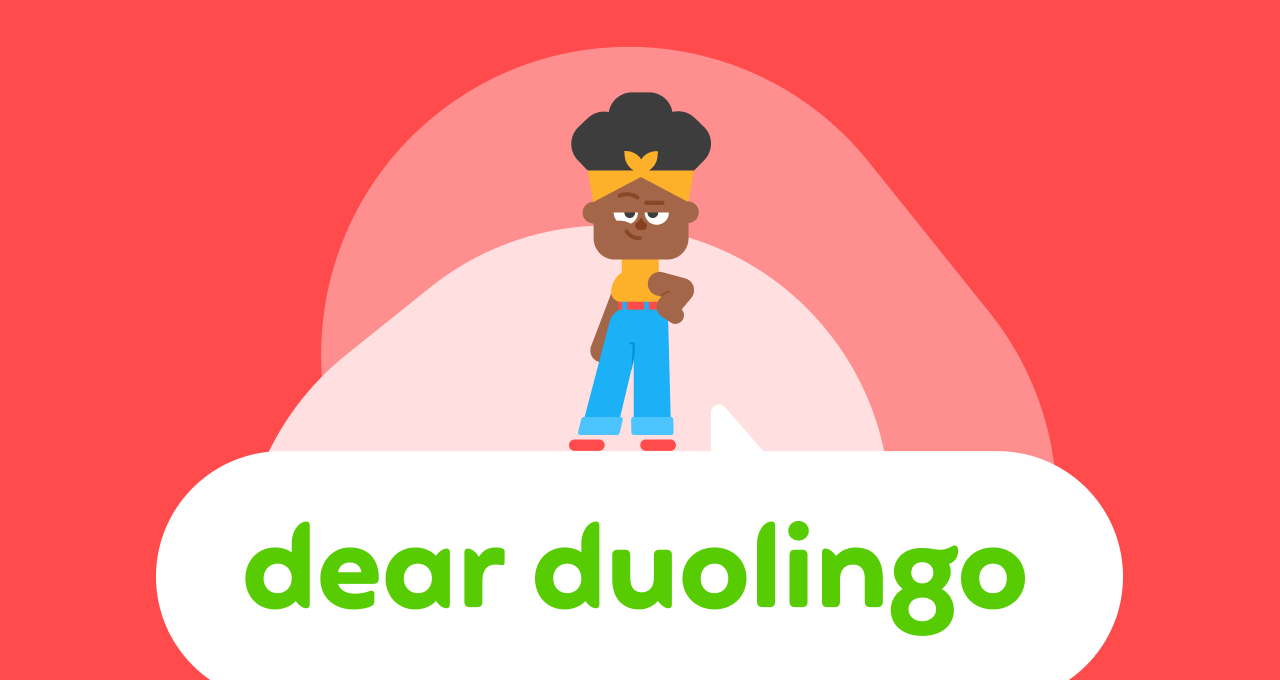 Hi, dear learners! This week we've got a question that explores the differences between language and writing—and it also gets into language teaching, history, and oral languages! In fact, it covers so many topics that I called in my graduate school pal Dr. Hilaria Cruz for help. Alright, let's get to our question!

I'm learning Spanish on Duolingo, and I’m a teacher and school librarian interested in learning Mixteco, an indigenous language in Mexico’s Oaxaca region, which has many local variations or dialects. It got me thinking about how the Hawaiian language started as mainly oral then was written down by a variety of outsiders, in interesting ways, before it was standardized—for example, I’ve seen an early painting of "Honoruru" Bay, which is now called "Honolulu."

Does Duolingo have a different strategy when developing and teaching mostly oral languages like Mixteco than it does with more standardized, written languages?

Thank you,
Write Up My Alley

Oh, Write Up My Alley, what great reflections you've already made about language standardization and how writing comes about! I also love that you're thinking about studying Mixteco—I studied this language very briefly in Puebla, Mexico in 2007… although all I remember now is the word for dog (which men pronounce tina and women pronounce china) and how kind the Mixteco people were to me!

The first thing worth noting is that I'm going to be making a difference between language and writing. Defining “language” could take a whole post (...or dissertation!), but what I mean by a “language” is the system for communicating, the loose bundle of rules and patterns for combining sounds or signs, grouping words and phrases together into sentences, and getting some sort of message across. Languages can be spoken (like spoken English), signed (like American Sign Language), or tactile (like those used with people who are deaf and blind). This is separate from “writing,” which is a physical, visual representation of a signed, spoken, or tactile language—but it's not the language itself.

So, why do some languages have writing systems, and why don't they all? And what happens when an unwritten language wants a writing system? As Write Up My Alley said, it gets interesting.

Spoken, signed, and tactile forms of language are all transient: After the message is sent (spoken or signed), it disappears! The speech wave dissipates and you hope your ear caught it in time, the visual sign happens and your eye had to see it before the next sign comes, or the tactile sign takes shape and you have to feel it before the next shape is formed.

Humans were speaking and signing for millennia before we had ways to write down our languages. And back then, those writing-less languages were just like the languages we use today: they had different dialects, grammatical patterns, ways of expressing complex thoughts, insults and polite forms, and nuanced meaning distinctions. They just didn't use tiny squiggles on rock, paper, cave walls, or computer screens to share all that language after the sounds or signs drifted away.

Writing evolved much later, after we humans had been whispering, signing, shouting, and gossiping with each other for (probably at least) hundreds of thousands of years. With this new technology, we language users could now transmit language across longer time spans and greater distances and thus record those amazing exploits, crucial geographical and medicinal information, and careful records about who “wuz here” on bathroom and cave walls for people like us, reading about language on the internet on magic devices in the 21st century.

Today, spoken languages without a writing system are sometimes called “oral languages,” and unfortunately that term has been used as a judgment of the language—or really, about its speakers. The suggestion is that languages that don't have written forms are less sophisticated, less complex, more rudimentary in some way. But remember that language is the human communication system, and writing is one possible representation of it. Not having writing doesn't say much about what the language is like. Video or audio recordings are other ways language can be represented, but lacking an endless feed of TikToks or podcasts in a language is unrelated to its value or complexity.

As you can see, this is a very simplified answer to a complex process! If you want to dig into it a little more, and learn about how one specific language got its writing system, read our interview with Dr. Hilaria Cruz about Chatino, an indigenous language from Mexico.

How we think about teaching these languages at Duolingo

All the courses you'll find on Duolingo are designed to help you learn to read, write, speak, and listen to the language—but for languages that are under-resourced, that can be harder than it sounds! For some languages, like Yiddish, audio tools are not widely available so our course creators had to record all the words and phrases themself.

And there are challenges particular to teaching languages with less-established written standards, too. When we decide to make a new course for one of these languages, we defer to language experts from the community.

A really good case of this was our Haitian Creole course, which Duolingo launched in February 2022. Haitian Creole has been written since at least the late 1700s, but its use was not supported by the French colonizers, so children didn't learn to read or write it in school, and even adults were unlikely to encounter much written Haitian Creole. This meant that the Haitians who were writing down their language were doing so in different ways, depending on their own dialect and accent, what conventions they were familiar with, and what they needed to innovate themselves. Today, there are variations in how Haitians represent sounds, words, and grammar in writing—that's no surprise, especially given how big the Haitian diaspora, so there are Haitian Creole speakers all around the world!

This was a big topic of conversation for our Haitian Creole team. It's a lot of pressure to represent your language—a language that also means a lot to millions of people—and to make decisions about how to represent it in writing, especially knowing that people write it differently. (Not to mention the different dialects and a course typically focuses on just one.) But even when the team arrived at a consensus about a particular writing question, that doesn't mean that all Haitian Creole speakers agree with the choices. Because that's what they are, writing choices—not about the language necessarily, which is a dynamic system shared by millions, but instead about what symbols we want to use to show people that spoken language.

All languages have the write tools for the job!

Writing is a tool like any other technology: it allows us to do something familiar (like communicate!) in a new way. Languages that don't (yet) have writing systems are just like those that do, in terms of complexity and nuance in their vocabulary, grammar, and pronunciation. And for communities that develop this tool to represent their language, there are lots of decisions to make about the squiggles and symbols that will showcase their language and culture.

There's a lot more I could add—but we want to know what you'd like to learn about! Email us at dearduolingo@duolingo.com.