As you learn a new language, it's natural to look for words or other patterns that feel familiar or have similarities to your first language! Sometimes they are harder to find, depending on the language you're learning, and for others the similarities will be unavoidable. Underneath the surface, there are lots of features shared by all human languages—and since all of Duolingo's 106 courses in 41 languages are totally free, it's easy to compare and contrast languages from around the world!

Let’s look at 10 things that all languages have in common.

1. All languages have dialects and accents

As long as people are using the language, variation is inevitable. There may be differences even within a small, homogenous community based on gender and age, and once there are a few communities using the language, you'll have geographical dialects, too. And there can be loads of other kinds of dialects and accents, based on ethnicity, religion, bilingualism or language background, and more. This is true for both spoken and signed languages as well—language always varies!

2. All languages change over time

If people continue using a language, it will change. Actually, even languages no longer used by a community can change; Latin continues to change over time for new purposes, including brand-new combinations of Latin words for science and medical terms! Languages change over time because people, culture, and communication needs are always evolving. But other properties of language lead to change, too: to communicate successfully, there's a push-and-pull between being really clear (more information, more precision in meaning, pronunciation, etc) and being really efficient (getting the message across quickly, taking no more time and effort than absolutely necessary). The result is always language change!

3. All languages have grammar

No matter the language—whether it's signed or spoken, whether it has a writing system or a dictionary or an official organization—all languages have rules about how to put words together. This is true of old languages, newer ones, pidgins and creoles, and languages from every continent. Some may have stricter rules about certain kinds of word combinations, and others will have a lot of flexibility, but you can’t escape grammar!

4. All languages are learned by babies at roughly the same rate

No matter which language or languages we're exposed to, babies take the same amount of time to master their language. Kids from all language backgrounds (including multilingual babies, too!) start babbling, producing first words, and making simple sentences at around the same time, but it actually takes more years than you might realize to figure out all the pieces of the language! For example, for English-learning kids, it's not uncommon to be still working on some of the harder sounds, like "r," even after they've started school. And some trickier grammar concepts, like the English passive (the lion was chased by the mouse), also aren't totally mastered until well into elementary school. But learning happens on basically the same timeline, for many (many) years. 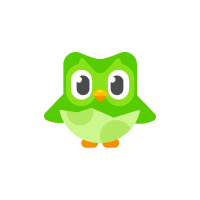 5. All languages are equally complex

There are no simple or primitive languages, or inherently sophisticated languages, so all languages are equally complex. Languages will vary in lots of ways—the number of sounds or handshapes they have, the number of verb endings and noun categories —and typically languages will have more of some and less of others. Even if a language seems "simple" in one respect, it likely has other features that will seem less so! Evaluating an entire language as simple or complex ignores variation across these different properties, at best—and at worst it could actually be a non-linguistic commentary on the people who use the language.

For example, Chinese has a huge number of written characters, even just for basic literacy, but Chinese verbs have zero conjugations. Meanwhile, Spanish has a maddening number of verb conjugations, some only used in certain countries (!), but its writing system is really transparent and predictable – once you know the rules for writing Spanish, you'll know exactly how to pronounce any written word, no matter how obscure. Similarly, Chinese tones are a real challenge for learners whose language doesn't have tones, but tonal languages are common throughout East Asia, Southeast Asia, Africa, Mexico, and Central America—and if your own language has tones, Chinese won't seem so intimidating!

6. All languages have ways of talking about the past, present, and future

The way languages express time can vary widely, but they all have a way to communicate when something happened, is happening, or will happen. Languages might use stand-alone words to communicate time, or they might instead use endings (or prefixes!) that are added onto other words like verbs. In English, we have time words like "tomorrow" and "already" and we also have a few verb endings for time too, like the -ed we add to many verbs to show that something already happened (we talked to them about it already), and languages vary greatly in how they use grammar to express time. Even cultures that have very different concepts of time and telling time still have ways of communicating about past, present, and future!

7. All languages have ways of being polite and rude

Languages will have a mix of pronunciations, vocabulary, grammar, and conversation rules to communicate ideas more politely or more rudely. In some languages, pronouns for people might make a big difference; in others, it could be using the appropriate verb endings. In English, we often demonstrate politeness by adding a lot of extra words and euphemisms (Would you be so kind as to give me a hand with this, if it's not too much trouble?), but there's no reason a language couldn't instead say Help with a formal ending! 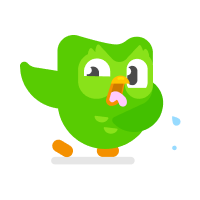 8. All languages can communicate all ideas and feelings

You might have heard that some words are "untranslatable" or can't be expressed in another language, but all languages have the ability to communicate any idea, whether it's about science, technology, folklore, history, mythology, or even schadenfreude (the German word for taking pleasure from someone else's misfortune—see! I just expressed it in English! 😛). A language might need a different number of words or different kinds of grammatical structures to translate the idea, but the languages we know don't limit what we can think, feel, or understand. Whether our language expresses an idea in one word or six, the number itself is arbitrary—after all, most people can't agree on how to define what counts as one "word," in part because languages have such different rules about how words are formed and written! Some languages, like German, smush shorter words together to form really long ones, while other languages use more spaces, hyphens, and expressions, but all languages have the tools to express any idea.

9. All languages have slang

Because we use language to connect with each other and show our identities, languages all have slang and informal words. Slang in English used to include "radical" and "sick" to mean "cool," but today you'll hear "slaps" and "dope" instead. (That's right—"dope" has made a comeback!) Slang and informal language can include pronunciations, vocabulary, expressions, and even grammar, and it can be used to show closeness, informality, or belonging to a particular group. The opposite is true, too: Languages all have ways of showing more formality and distance, to indicate belonging to other groups. What counts as formal and informal can change over time and vary widely across communities. Long ago, Vulgar Latin was sort of the slang of its day—the informal way people actually spoke to each other, not the Latin well represented in political and literary writing. It's all the different, natural ways of actually speaking Latin that gave rise to today's Romance languages!

10. All languages have value

There are lots of reasons to study, research, learn, or care about a language, and all those languages have value. Language is part of the culture, history, and tradition of a community, and that alone gives a language value—whether or not it's used widely, leads to economic or academic gains, or is useful for travel. Every language tells us something about the amazing diversity of human communication, how we represent and convey really complex ideas, and the impressive grammatical nuances our brains are made to handle. Even constructed languages give us insights into the aspirations and ideals of language learners and the ways we'd like to connect with each other. It's no wonder Duolingo has millions of learners all over the world! 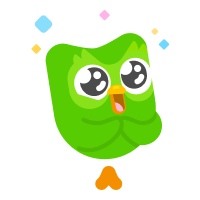