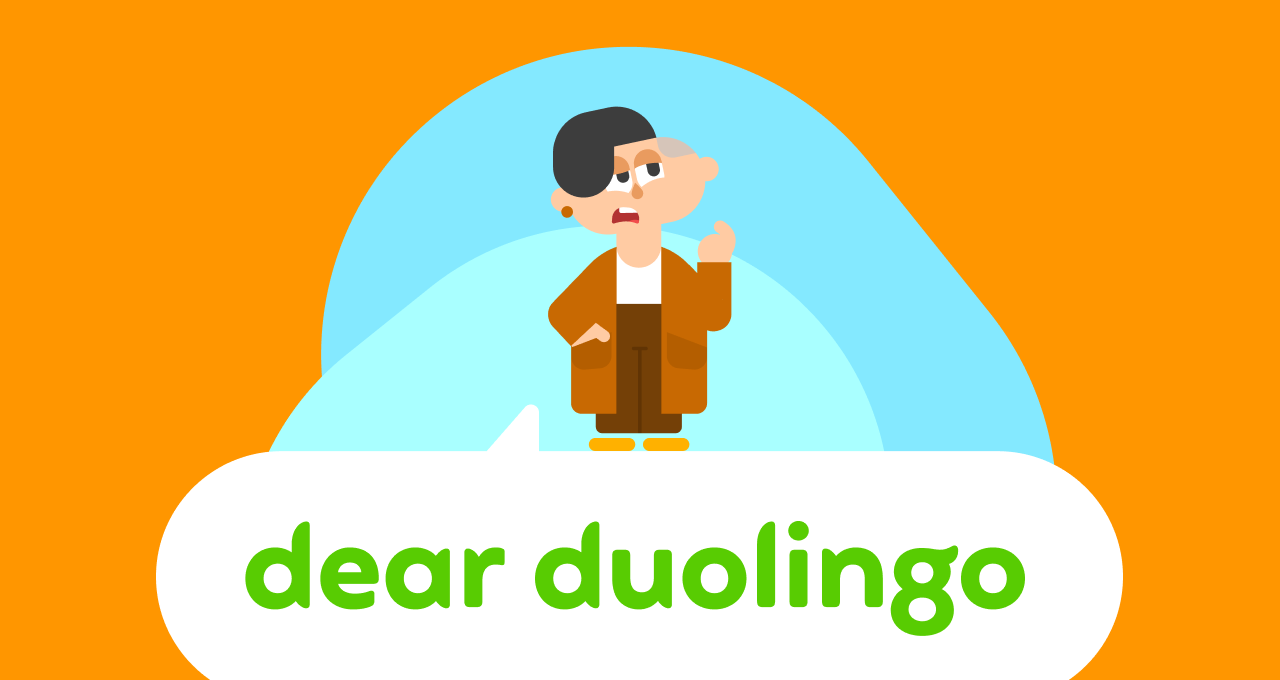 Hey, learners! James here. I'm back taking over Dear Duolingo this week with more answers to your Spanish questions—this time about Spanish dialects! Last time, we talked about the Spanish words lo and le, and one clever learner has noticed some variation in how those words are used. Let's take a look!

So the first thing to clear up is that the Spanish speakers in the Netflix series you watched didn’t make a mistake! This kind of variation happens all the time because language is always evolving (just like nature!). In this case, using le where we might expect lo is so common that it has a name: leísmo.

Traditionally, the leísmo variation was something attributed to the Spanish spoken in Spain. Its use is so widespread that it’s even acknowledged by the Real Academia Española, or Royal Spanish Academy (now that’s some cred). In leísmo, le is used when the direct object is masculine and a human, as in Le veo (I see him).

But there are actually many varieties where you’ll find le in "unexpected" places, even beyond the leísmo we find in Spain! In fact, there are even many versions of leísmo within Spain itself.

In the table below, you’ll find some of the variation that exists in the Spanish-speaking world. I've included four different varieties (there are others!), and you’ll notice that different things affect whether we get le for lo (or la), such as:

While leísmo is common in Spain, the variety that I am ✨ super-officially ✨ calling “Some le” is what you will find most commonly in Latin America! (Oh, also: You won't actually hear it called "Super leísmo," either, but a linguist can dream…)

And for the eagle eyes in the room, this table is simplified! You might encounter speakers switching between lo and le for more reasons and in slightly different ways than what’s presented here. And there are plenty of other varieties out there as well!

“Why” is my favorite question as both a teacher and linguist. And in the case of leísmo, there are a number of possible explanations for why we see le when we expect lo (or la).

One common pattern that we find is that speakers tend to use le when people are involved. And this may be due to 🎶 R-E-S-P-E-C-T 🎶. Remember that direct objects usually have things happening to them: they are a gift being given, a ball being thrown, money being exchanged. Indirect objects (Spanish le), on the other hand, tend to have a little more authority as the recipient of a gift, the catcher of the ball, etc. So when humans are direct objects, we can give them a “promotion” by using le.

In fact, this sort of mini promotion leads to really interesting distinctions in respect and authority. Some Spanish speakers will use lo and le for slightly different meanings, like in the following sentence, depending on whether the patient in question is conscious or unconscious:

What’s a Spanish learner to do?

First, don’t panic. I remember when I was first learning Spanish I really wanted to get. it. right. I wanted to know the rules perfectly so that my Spanish would be perfect. Confronting fuzziness in rules was viscerally challenging for me, and it can be hard to swallow even in your own language! But I learned that what’s most important is accomplishing my goal to communicate. And fortunately choosing lo or le in these situations is unlikely to cause communication breakdown. If your use of one or the other raises an eyebrow, just remember that variation across Spanish dialects raises eyebrows all the time! Just think about English: In the U.K. they say “anti-clockwise” instead of U.S. “counter-clockwise,” and in the UK you may hear “your team are losing,” (🤯) where in the U.S. we only hear “your team is losing.”

Third, trust your brain. Our brains are pattern-finding machines, which means that with enough exposure to the language, certain patterns of language will just start to “sound right.” If you have a lot of exposure to a leísta dialect, you may find that you, too, will start saying things like No le veo.

In the Duolingo Spanish course, you'll mostly be seeing the pattern described in the table above described as “Some le” because this is what’s most common in Latin America. But, remember: It’s not because that pattern is better or more correct than the others, and in fact, we accept other varieties as correct answers! After reading this post, it would be fun to (re-)listen to some episodes of Duolingo's Spanish Podcast, with speakers from around the world, to notice what patterns they use!

Grammar is the object of my affection 😏

Alright Total-le Confused, I hope you’re feeling Total-le Enlightened! It can be a bit shocking when we find Spanish in the "real world" that doesn’t follow the rules that we learn in class (or ahem in a Duolingo blog post). But hopefully you’ve seen that even when speakers "break the rules" they are still following rules… just different ones! Don’t worry about getting it perfect! Just get curious, listen, and your brain will do the rest 😁

If this post left you dying to know more about Spanish, get in touch with us by emailing dearduolingo@duolingo.com.