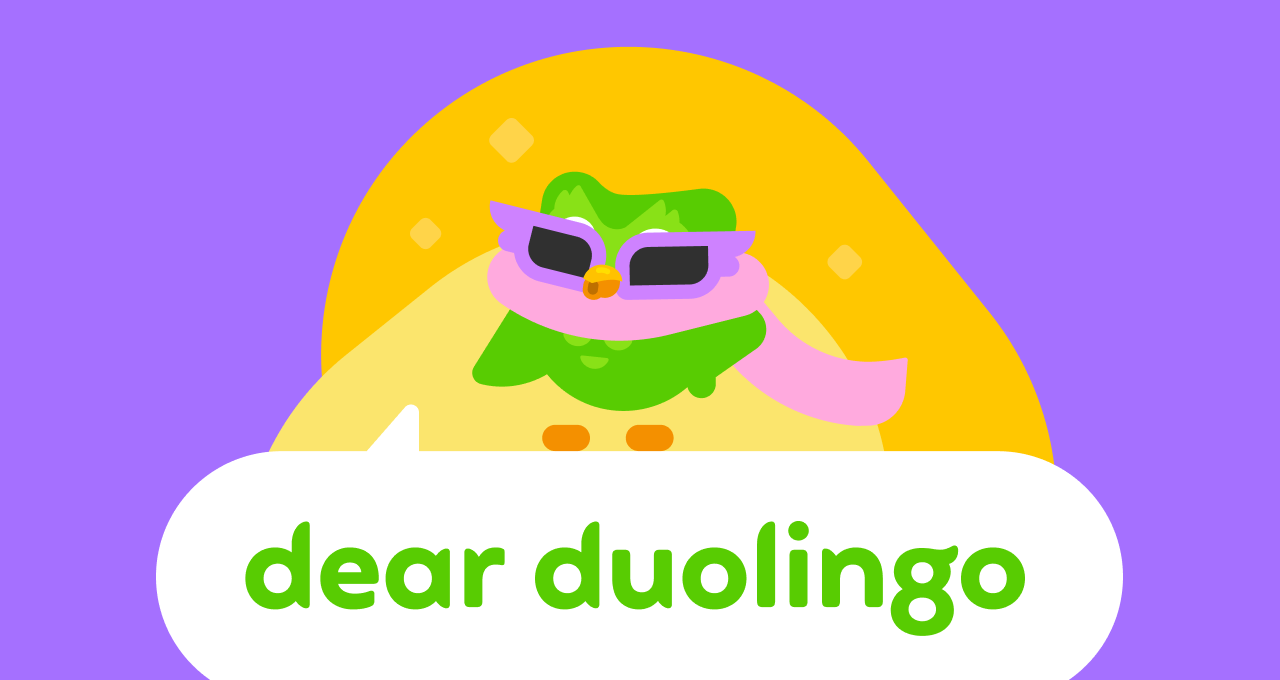 Hello, learners! My name is James Leow, and I’ll be taking over the column this week to talk about a topic that is near and dear to my heart: Spanish grammar. 😍 I have a PhD in Hispanic Linguistics, and in my research days, I was particularly interested in meaning and how grammar evolves over time as language users try to find new, efficient ways to pack a lot of meaning into small pieces of language. I’m a Senior Curriculum Designer here at Duolingo, and one of the big things that I work on is the Spanish course for speakers of English. I have taught Spanish at both the high school and university levels, and I’m really excited to dive into this week’s question!

I am really struggling to understand how to determine whether to use lo or le. As in, "Le gustó mi vestido y se lo presté" (She liked my dress, and I lent it to her). Why is it “lo” and not “le”? I would love to know the hard and fast rules.

Trying to wade through all of the subtle rules of learning a new language can be tough! But what’s really exciting about grammar rules is that they are there to help people communicate—and to do so really efficiently. Grammar is like concentrated communication, which is great, because we have a lot to say and so little time. So as we dive into this question, we’ll be asking what the lo vs. le distinction is giving us in terms of communication!

Direct and indirect objects: the roles that nouns play

Both lo and le are pronouns, which are words that stand in for or refer to nouns (you might remember a recent post from Dr. Cindy that explores pronouns in depth). Pronouns like “she,” “us,” and “it” allow us to communicate about nouns quicker because they tend to be short. But one of the superpowers of pronouns in Spanish is they also give us extra information about what’s happening in a given situation.

On the other hand, the verb bedazzle would look like this:

Now let’s take a look at an example situation to make this a bit more concrete. Take a look at the scene below where Lucy is giving money to a banker. Or is the banker giving money to Lucy? 🤔 We actually can’t be sure from the image who gives the money and who receives it. It’s obvious that the scene is about exchanging money, but we need more information to know what role Lucy and the banker are playing… information that we get from Spanish pronouns! 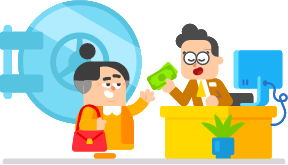 Remember those tables above? When we are creating sentences, we assign nouns to the roles in each column. So let’s imagine that the image above is really a scene about Lucy giving money to the banker (Lucy’s making a big deposit).

“Lucy gives the money to the banker.”

But as you can see, that original sentence (“Lucy gives money to the banker”) doesn’t use any pronouns… yet. Each of those nouns (the subject, the direct object, and the indirect object) can be replaced with a pronoun to make the sentence a little shorter (“Lucy gives him money,” or “She gives him money,” or even “She gives it to him”), which is useful in normal conversation. For example, we might imagine that Lucy went to the bank yesterday, and Eddy and Lin are talking about it!

In Lin’s response, she uses “ella” to say that Lucy is the subject, the giver of the money. She uses “lo” to signal that the money is the direct object, that it is what’s given. And she uses se to communicate that the banker is the indirect object, that he is the receiver (fun fact: the se is just a le or les in disguise…when le and lo are put together, le lo becomes se lo and les lo also becomes se lo).

Let’s have some fun and switch the scenario around to say that the banker is the giver, but this time (also for fun!), we’ll use a bit of Mexican slang and refer to the money as lana (literally “wool” – do you remember this from our post on using online translators?). Using a word like lana is soooo Lin’s style, so let’s give her the first turn:

Eddy uses él to refer to the banker and signal that he’s the subject–the giver. La here refers to la lana and tells us that the money is what is given, and se refers to Lucy, telling us that she’s the indirect object, the receiver.

Now, Rule Seeker, let’s take what we’ve learned and try it on that sentence you shared:

Le gustó mi vestido y se lo presté. / She liked my dress and I lent it to her.

It should be clear now why we have lo! The pronoun lo refers to the dress, which was the thing that underwent the lending… it was lent. The speaker of the sentence was the lender, the dress was lent, and the speaker’s friend was another essential player: the borrower.

But hold on, what’s going on with that le gustó part? If she liked the dress–if she’s the liker, shouldn’t it be “Ella gustó mi vestido”? Well, we Spanish teachers have a little trick up our sleeve: think of gustar as meaning “to be pleasing to.” So we can think of the above sentence as saying “My dress was pleasing to her,” and it makes sense why we use the indirect object pronoun le.

This works for gustar, encantar, interesar, and other similar verbs in Spanish: the experiencer of the feelings is the indirect object (pleasing to her, enchanting to them, or interesting to him) and the person or thing that’s inspiring these feelings is the subject.

Alright, Rule Seeker, now that you’re armed with some pretty in-depth knowledge of how direct and indirect objects work, let’s take a step back and think about how English and Spanish are different. Sometimes in English the subject, direct object, and indirect object pronoun all have the same form. This happens with “it”:

Because of this, English relies heavily on word order to distinguish the role of nouns, but Spanish word order is much more flexible because the pronouns give so much information. And this is where English speakers who are learning Spanish can get mixed up. Let’s look at a couple of common mistakes!

Remember: “lo” is not a perfect substitute for “it.” Many Spanish learners discover that lo oftens translates to “it”! But in this common mistake the learner is trying to use lo as the subject of the sentence, even though lo is a direct object pronoun. Remember that Spanish often drops the subject from the sentence (because verbs give us so much information about who or what the subject is). The sentence we want here is: “Está lloviendo.”

Remember: we can't trust English word order to know the role of a noun in Spanish. In English, to signal that a word is the direct object, we generally put it right after the verb (“I saw him”). In this common mistake the learner is using the subject pronoun él right after the verb to try to say that this person is the thing that is seen. But we know that the thing that is seen is the direct object, so the pronoun needs to be lo, and in Spanish these short pronouns go before verbs that are conjugated. The sentence we want here is “Lo vi” or “Yo lo vi.”

So much to say, so little time

I hope you are getting as excited as I am about what the lo vs. le distinction means for communication: you can say so much with so little. The big takeaway is that lo (and la, los, and las) are direct objects–the verbed nouns–and le (or les and sometimes se) are indirect objects, which play an additional essential role in a situation when the verb calls for it.

The grammar nerd in me has to mention that there are some really interesting ways that the use of lo and le varies across different dialects of Spanish. Unfortunately, we just don’t have the space to cover that in this post, but if you’re interested, write us at dearduolingo@duolingo.com and let us know! I might just have to write another installment of Dear Duolingo.