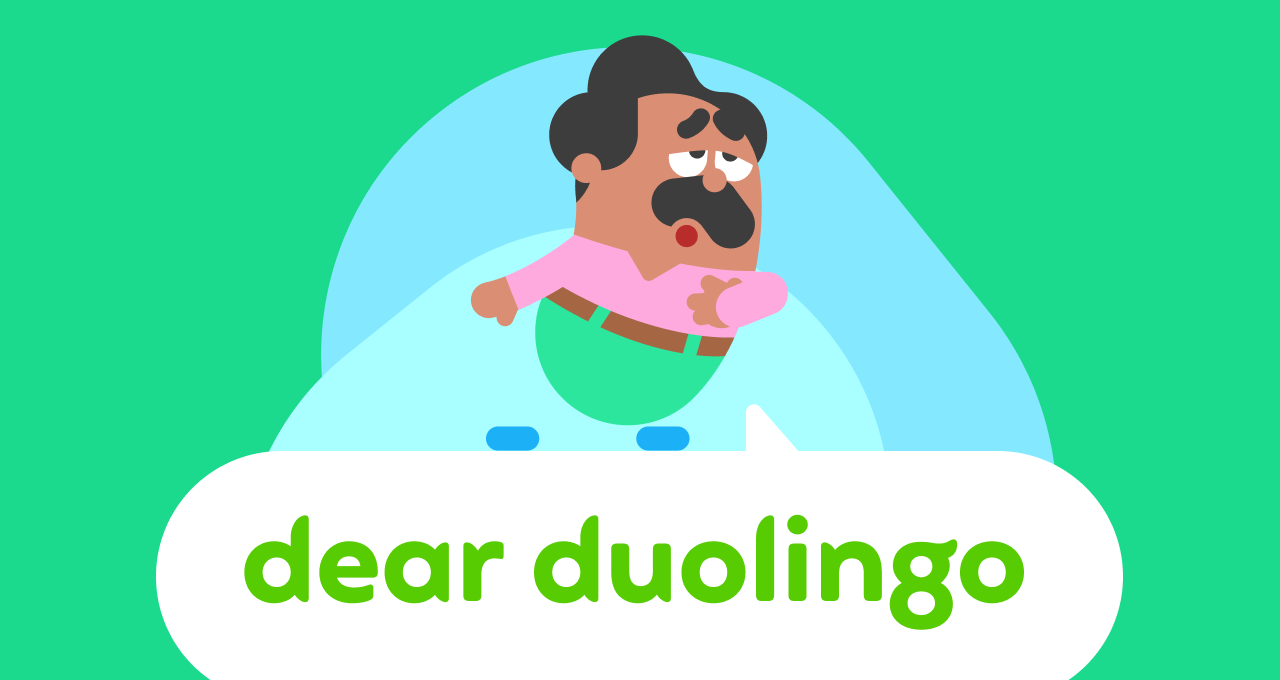 Howdy, learners! Many (MANY 😱) of you wrote to Dear Duolingo to follow up about Spanish pronunciation tips and the mysterious English puff of air. GR asked "To puff, or not to puff?" Danielle just said "Why?" And Emily and Laura said the magic word ("please"), so we won't leave you hanging!

In the Spanish pronunciation post, one of the tips for advanced Spanish learners pointed out that in English we pronounce "p," "t," and "k" with a puff of air (like in pin, tin, and kin), but that you don't do this is Spanish.

First of all, what?! And second of all: Why?? (Quoting Danielle here.)

Those are both fair questions! Let's jump in.

This puff of air is also called aspiration, and it's this thing that happens when English speakers pronounce "p," "t," and "k" at the beginning of a word. This aspiration happens in other languages, too—not just English!

Before we go any further, let's do an experiment. (You might like to warn roommates, pets, and fellow bus riders that you are about to chant some words out loud.) All you need is your voice and your hand (or you could use a tissue, too).

If you also speak another language, try it out with words from your other language. For Spanish, you could try peso (currency) and beso (kiss)—and there won't be a puff of air in either case.

To make speech sounds, there is a lot of coordination happening across the different parts of your sound-making machinery: To make a single sound, you might have to do something with your lips and tongue, at very specific places on the roof of your mouth or near your teeth, while making a certain movement of those parts, and also there could be vibration in your larynx (down in your throat), not to mention your lungs pushing air up and out (unless your language has sounds where your lungs are pulling air in). 😱 The precise timing and method of all these movements is what makes sounds in one language different from those in another, and what creates your accent in a new language.

In fact, let's do another quick experiment. You don't even need the tissue this time! However, for this one, you can't be bashful—it really only works if you say everything out loud. Whispering won't work!

The puff of air is all about timing between two different movements: the start of vibrations down in your larynx, and when you produce the sound up in your mouth. We're talking about a difference of less than 100 milliseconds between movements, but it results in a puff of air! Here's how it works in Spanish and English:

What's worth remembering is that languages don't make use of exactly the same strategies for producing sounds, even if we use the same written letters to represent them. If you're an English speaker learning Spanish, you might see the letter "p" and think, "Whew! Now that's one I know how to pronounce! 🙌"… when in fact it's not actually produced the same as your English "p."

Why didn't I know about this in my own language?!

If you grew up speaking English, all this "puff of air" business is probably news to you. How could you have been doing this thing, in your own language, your whole life, and never know it?

One of many amazing things about how babies and kids learn languages is that they don't analyze it overtly like teenagers and adults do. Instead, they learn by doing—and by listening, for babies acquiring a spoken language. The brains of little English-learning babies just subconsciously track this English aspiration pattern, listening closely to notice that there is a little puff of air after "p," "t," and "k" (at the start of a word, when the first syllable is stressed), but not in other situations (if the word starts with "s," if the sound is at the end, etc). Wild, right?? 🤯 And that English-learning baby becomes an English-speaking grown-up that also subconsciously brings that puff-of-air pattern with them to any other language they learn.

What languages have this puff of air?

When it comes to aspiration, we can think of three main groups of languages:

For example, in Hindi, the sound "p" is always "p," all the time and in all contexts, just like in Spanish. But Hindi also has a totally different sound that is "p" + aspiration (you can think of it as "ph"). Using plain "p" versus aspirated "ph" changes the whole meaning of a word in Hindi; they're as different to Hindi speakers as "p" and "b." (And, by the way, Hindi also has "b" and "bh"!)

(For another day, if you're interested… Korean consonants are even more complicated than what we're covering here!)

How can I stop doing the puff of air?

When learning a new language, you might have to learn to start—or stop—doing the puff of air. There might be some cases where that puff of air actually changes the meaning of the word you're trying to say! If you've got that lab coat and tissue from our linguistics experiment, you've got everything you need for learning to hold that puff of air in (or to start doing it in English!).

If you're an English speaker, find words in your new language that start with "p," "t," and "k,"—those are the ones where we English speakers aspirate without knowing it—and repeat them over and over, trying not to move the tissue or feel a puff of air on your hand. You already know you can do it in other words with those sounds, like span, stan, and scan (no puffs!).

It takes some practice to get used to aspirating differently, so start with individual words and your tissue. Once you've made some progress with words, try out your new pronunciation in phrases and sentences.

English speakers are full of a lot of hot air 😏

When it comes to aspiration, learners can focus on moving (their breath) in the direction of their new language, but—as always!—language is about communication, so only focus the puff of air as much as it helps you communicate better. It's more important in some languages than in others!

(And general language nerds can use aspiration as a fun party trick the next time it seems appropriate to do experimental linguistics at a social gathering.)

For more answers to your language and learning questions, write to us at dearduolingo@duolingo.com.