Every day, people around the world use thousands of different languages to communicate with one another. But what makes someone want to learn a language mostly spoken halfway across the world? On Duolingo, some of the most common reasons people study a language are for school, work, travel, with a growing number of people interested in learning for culture. But this year, we saw a new reason: solidarity.

Since the Russian invasion of Ukraine in February, Duolingo has seen an increase in Ukrainian language-learners across the world. We talked to four of these new learners to find out what made them want to start studying the language, what their experience is like so far, and what their language goals are moving forward.

An increased interest in Ukrainian outside of Eastern Europe

Ukraine’s official language is Ukrainian, which uses the Cyrillic alphabet. Roughly 32 million people around the world count the Slavic language as their first language, with about 44 million Ukrainian speakers in total around the world.

Following Russia’s invasion in February, more than 1.3 million people around the world started studying Ukrainian on Duolingo. There was significant learner growth in countries like Poland, Czechia, and Germany—the countries receiving the largest number of Ukrainian refugees—but the interest was truly global. We wanted to talk to learners living outside of Eastern and Central Europe to find out what motivated them to start learning Ukrainian. 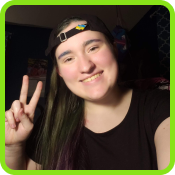 Everest started learning Ukrainian in middle school because a friend’s grandparents were Ukrainian, but became quickly frustrated by the grammar—Ukrainian grammar has several significant differences from English! A few years later, after learning some Latin and Finnish, Everest returned to the language when an exchange student came to their school from Ukraine. The two became friends and, when the war started, Everest’s interest was rekindled—especially after their friend returned to Ukraine. “When I began relearning Ukrainian this year, I knew Duolingo was where I wanted to start because I had a history with it and it came highly recommended from my friend who lives in Ukraine.”

Everest says they are talking more with their Ukrainian friend than they did in school, which motivates them to keep studying. “The more we talked, the more he would say things like ‘This won’t make sense in English,’ or ‘I can’t stand talking about stuff like this in English… It’s so confining!’” they explained. “[My friend] also started sharing things like memes and songs, and the more I was exposed to Ukrainian, the more I realized I needed to start learning it again.”

Everest just hit their 100-day streak and is progressing steadily through the course. Though they are also seriously studying Finnish, with the intention of living in Finland, they call Ukrainian their “emotional support language” because they’re not pushing themselves towards a specific goal. As a high school senior taking two AP classes per semester and finishing up an associate’s degree in a dual-enrollment program, Everest says they don’t have the bandwidth to lean too hard on Ukrainian. “My goal with learning Ukrainian, for now, is just to enjoy the process of learning the language,” they said, adding: “I don’t think I’ll ever quit Ukrainian again.” 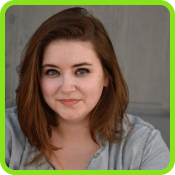 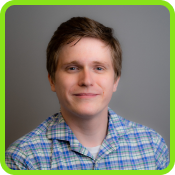 Nicole and Dustin are co-workers at Hello Neighbor*, a Pittsburgh-based organization that works to improve the lives of refugees and immigrants by matching them with locals to guide and support them in their new home. Neither knew that  they had a co-worker also learning Ukrainian on Duolingo until interviewed, separately deciding to embark on the language-learning journey in order to be better prepared to welcome Ukrainian refugees coming through their office and settling in their city. Both cited a similar goal:  learning basic words and phrases. “Right now, I truly just want to be able to identify some basic words and writing, and to be able to talk with any clients that come into the office. To just be able to carry some light conversation in Ukrainian,” says Dustin, who was rocking a 53-day streak when we spoke.

Nicole echoed Dustin’s sentiment, a reminder that fluency does not always have to be the goal of language-learning. “I am not ever going to be fluent in Ukraine,” says Nicole, who adds that she has historically struggled to learn languages. “For me, it's more of a respect thing for my potential clients. We have families coming here who don't speak English, and are already going through a very intense transition. And the very least that I can possibly do is make an attempt to learn their language as well.” 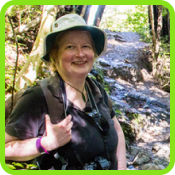 Claire, like so many other Ukrainian language-learners on Duolingo, began learning the language in March, though she has been using Duolingo to learn languages for more than five years, studying German, Latin, French, and Spanish before deciding to embark on Ukrainian earlier this year.

Claire initially wanted to learn Ukrainian so she could follow reports from Ukraine in the Ukrainian language. “But, of course, that's not really the case, because most of what the Ukrainians are doing is either reporting in English or Russian.” Still, Claire continues studying Ukrainian, and has picked up a tutor as well to facilitate her learning. “I was going to spend this money anyway,” she says of hiring the tutor. “I might as well spend it learning Ukrainian and support.”

Claire says she usually uses Duolingo at the end of the day, and loves the gamified features. “I like that, if I know I'm going to be really busy or really tired by the end of the day, I can fit it in an odd moment. I can do the minimum for one day, and I will feel like I've done something.”

*Duolingo is a partner of Hello Neighbor