Motivation—why we start learning a new language and why we keep going—is one of the most important elements in any language-learning journey. For some, it is for a job or someone they love. For others, language-learning is motivated by the stories and art that connect us across language borders. In other words: pop culture!

One of the biggest pop culture forces in the world is BTS. BTS, or 방탄소년단 (bangtansonyeondan) as they are known in their native Korean, is a seven-member music group who have garnered a diverse, global fanbase of tens of millions since their debut in 2013. Not only does BTS bring in billions of revenue annually to the Korean economy, they are also inspiring fans across the world to learn the Korean language.

Korean is spoken by over 77 million people around the world, making it the 13th most-spoken language globally. It is the official language for South Korea and North Korea, and both China and the United States have sizable Korean-speaking populations. And that number is growing! In 2021, Korean was Duolingo’s 7th most popular language to study globally—and the number of users learning the language has only increased in 2022. From June 2021 to June 2022, Duolingo saw a 29% increase in monthly active users in their Korean from English course.

Korean can be particularly difficult for English speakers to learn. The language has its own alphabet, called Hangul, and a subject-object-verb sentence structure rather than the subject-verb-object order we use in English. The U.S. State Department classifies Korean as a “Category IV Language,” which is their highest level, estimating that it will take a native English speaker 88 weeks or 2200 classroom hours to reach “professional working proficiency.” In other words, native English speakers and others need steady motivation heading into their Korean language learning journey. For many, that’s where BTS comes in…

These learners are all united by their love for BTS, which translated into a love for Korean learning! For those new to BTS standom, each of these learners noted their BTS bias, or their favorite member of the group! 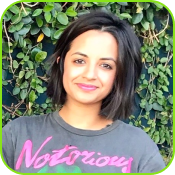 Like many BTS fans, Michele Ross found the group during the pandemic, when she was stuck in her West Hollywood apartment. A month later, she had downloaded the Duolingo app and was learning Korean. “When I'm passionate about something, I'm 110%,” says Michele, who knew a few Korean words before she got into BTS but nothing compared to the 270-day-and-counting Duolingo streak she has going now. “I always liked the way that Hangul looked. It just made me smile for some reason when I saw it. But, aside from that, I had never considered learning Korean [before BTS].”

There’s a meme in BTS fandom: “I just wanted to learn their names”—internet shorthand for the way being curious about BTS can quickly snowball into stanning BTS. For Michele, a freelance writer who is already predisposed to doing thorough research on the things she likes, language learning is just another aspect of stanning BTS. “I was loving their music and I looked at a few of the translations of their lyrics and I thought they were great,” she says. Then, she expanded her BTS world, watching their variety show, live-streamed vlogs, and of course, their performances and music videos. “I figured, I might as well just add language learning to the mix!”

Michele says learning Korean has been “really exciting and joyous,” and also that Duolingo’s gamification works well for her. “There have been a handful of days I would have been a little lazy,” she says, “but I get the nudges all the time. So that definitely helps—from an accountability standpoint—to have that check in.” Makes sense... Zari would never let a BTS superfan give up on their practice! 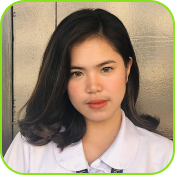 As a young teen in the Philippines, Lia listened to BTS casually in the group’s early years—but it wasn’t until “FAKE LOVE” came out in 2018 that she truly got hooked. Lia’s Korean-language learning journey followed a similar trajectory: She started learning the language in fits and starts because of her love for K-dramas, but school and extracurricular activities quickly got in the way. “And then I also started to learn Korean because of BTS,” says Lia, reflecting on how her standom spurred a deeper commitment to learning a new language.

Like most language learners, Lia’s motivations for learning Korean are not singular. She hopes to one day study and work in Korea. Also, she has a Korean online friend she would like to communicate with more easily. But it’s BTS that keeps her coming back to the Duolingo app, where she learns Korean through English rather than her native Tagalog: “I really want to understand their songs without using translation,” says Lia, specifically citing their song ‘Dead Leaves.’” Sometimes the translations are not that clear. So I want to challenge myself to translate it by myself and then understand it.” 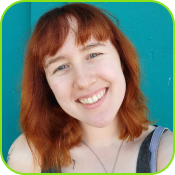 Jas found BTS through work, but her love for the group would be cemented when they became a way to stay connected with her twin while they lived on opposite sides of the country (Jas moved to California). “We'd been together our whole lives, and BTS connected us across that distance in a way that is beyond words to me,” says Jas.

Though Jas loves studying languages, she was already studying Mandarin Chinese on Duolingo and didn’t think she had the time to take on another language. Then, she saw BTS in concert. “They were speaking in Korean a lot,” says Jas. “We had to wait for the translator…But I wanted to know what they were saying and not expect them to speak in English.”

There are so many different reasons for wanting to learn a language—sometimes, all within one language learner—but most of them come from a place of wanting to connect with other humans. As BTS sings: “서로가 본 서로의 빛/같은 말을 하고 있었던 거야 우린.” (“The lights we saw in each other/Were saying the same thing.”)

Want to try learning Korean for yourself? Join these BTS fans and enroll in our Korean course today!