Welcome to another week of Dear Duolingo, an advice column just for language learners. Catch up on past installments here. This week is a special edition of Dear Duolingo, because it’s another stop on our Tour de French Learning! All month, we’re exploring topics related to French, its speakers, and the people studying it around the world. 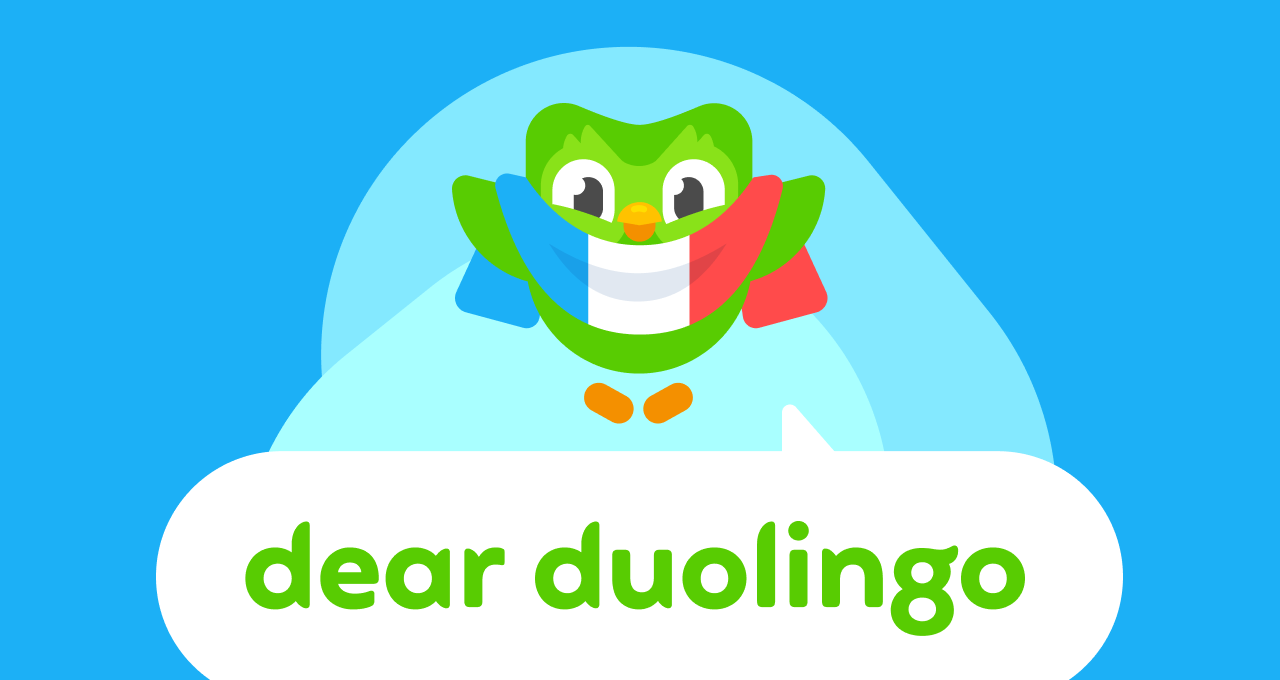 Bonjour à tous ! I’m Sharon Wilkinson, a Senior Educational Content Developer at Duolingo. I head up a team of amazing colleagues who work on the French course for English speakers, but before coming to Duolingo, I was a college French professor for 25 years. The first French class I ever taught as a grad student was actually a pronunciation course, and it’s one of my very favorite topics to tackle with learners. That’s why I’m helping out with this week’s Dear Duolingo question!

Hello, Duolingo! I’m a new French learner, and I’m feeling quite confused with all of the different letters and pronunciation. I’m constantly pronouncing letters like their “English” versions, and I feel like there are spelling or speaking rules I’m missing. Do you have a tip for learning the sounds of French?

You are not alone in wondering how French pronunciation works! But unlike English, where a letter combination like “ough” can have a bunch of different pronunciations (thought, through, thorough, trough…), French pronunciation is actually predictable from spelling. Once you know the rules, you’ll be able to see the patterns and say them with confidence!

If you’re curious to learn more about the reasons behind French spelling rules, check out our post about the history of the French language! Here, we’re going to demystify some of the most common sound-letter connections in French.

What sounds do French consonants make?

Many consonant letters make the same sounds in English and in French, so you already have a head start! Here are a few notable differences. (Pro tip: Bookmark this handy chart!)

Hey, what about the French "r"?

Lots of learners fixate on the difficulty of the French “r” sound, but you already come very close to making a French “r” when you say an English “h”! If you can say “hose” in English, then you can say “rose” like a Parisian by just tightening your throat a little more on the “h.” But, truth be told, any “r” will do—an English “r,” a rolled Spanish “r”—all pronunciations are understandable. So, don’t let a charming accent on your “r” sound keep you from speaking with confidence!

What sounds do French vowels make?

There are some commonalities between French and English vowels, but a lot of differences, too. Let’s check out vowel spellings first, and then we’ll look at a common group of vowel-consonant combos.

French has 4 “nasal” vowel sounds (where the flexible part of the roof of your mouth drops down to let air flow through both your nose and mouth). Distinguishing among these nasal vowels can make a difference in meaning—for example, sont (“are”) sounds similar to sent (“feels”), but they are not identical (just like “beet” and “bet” are similar but not the same in English). The good news is that the pronunciation of some English words can help with French nasal vowels!

Nasal vowels can join forces with another vowel before them, but don’t let that throw you off! You’ve already learned the pieces of these combinations.

"E" combinations at the end of a word

A special note about all the ways that words in French can end with an “e”: an “e” as the very last letter of a word is silent, but accent marks and other letter combinations change that silent sound into an extra syllable. Great news, though: all the combinations below are pronounced the same way!

What letters should be pronounced?

If a verb ends with -ent:

If a word ends with consonants c, r, f, l (the consonants in “CaReFuL”):

If a word ends with any other consonant:

If a word has an apostrophe in it:

Take it step by step!

Now that you have access to the main rules of French spelling and pronunciation, remember to start small and focus on communication! Practice first with the words you see and hear the most often, and get extra practice by repeating all the sentences in your Duolingo lessons. Keep these general pronunciation tips in mind, and be sure to listen to lots of French to get practice hearing these new sounds, too. You can do it!

For more answers to your language and learning questions, get in touch with us by emailing dearduolingo@duolingo.com.