Here at Duolingo, we know that grammar and vocabulary aren't the only aspects of learning a language. Developing an understanding of other cultures and their customs allows you to have a more meaningful relationship with the language you’re learning. Our podcasts aim to do just this for English speakers learning French or Spanish, with intermediate content that helps learners practice listening and comprehension while also learning more about the history and culture of language. 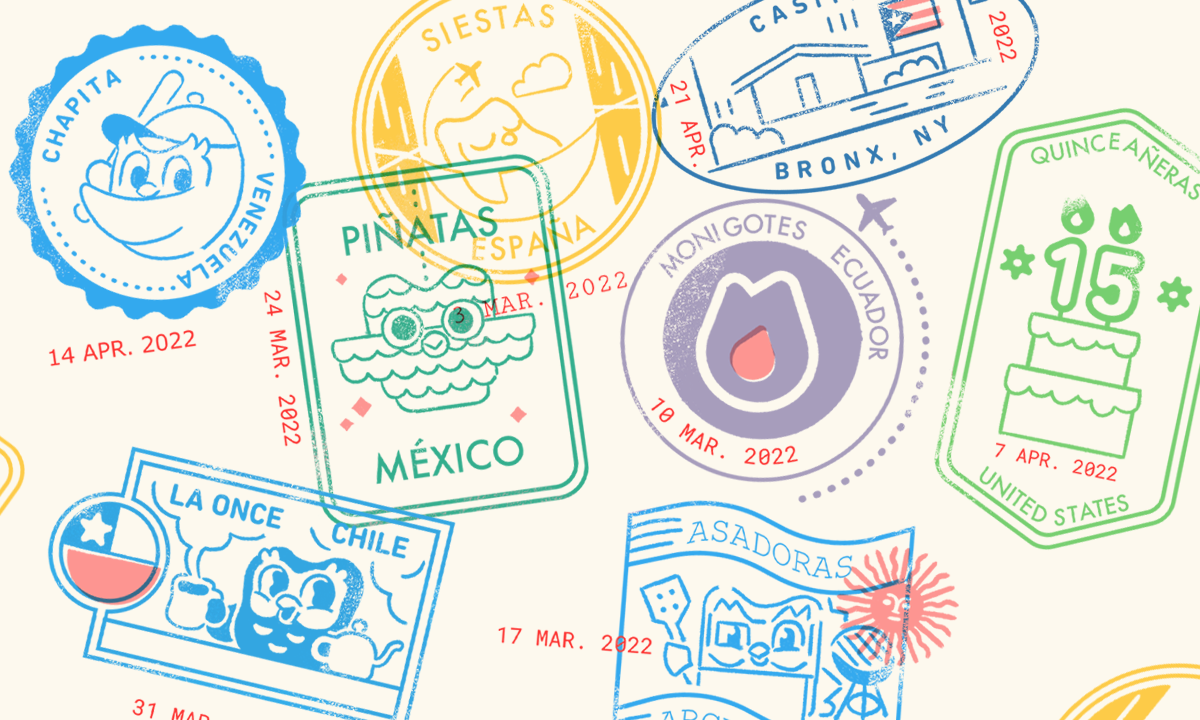 So many of our learners are studying Spanish—one of the most popular languages to study in the U.S., and across the globe! But not all Spanish-speaking countries and communities share the same exact customs and traditions—for example, did you know that in Chile, people sit for la once, or teatime, every afternoon?

To celebrate costumbres (customs) from the Spanish-speaking world, the newest season of the Duolingo Spanish podcast explores several beloved cultural traditions. Here’s a sneak-peek at three customs we discuss in the podcast, but don’t forget to listen to the full season—engaging with culture gives you a deeper appreciation for the language you’re learning!

The siesta is more than a nap

While you’ve probably heard the term siesta used to describe a midday nap, for a small town in Ador, Spain it means much more. In Ador, taking a siesta isn’t just a personal habit, it's something everyone in the town observes, thanks to a decades-old, government-issued proclamation. Historically, siestas in Ador were taken by agricultural workers during the summer in the afternoon hours, as a relief from the heat. After their rest, workers would feel refreshed enough to work until later in the evening. Though Ador’s current agricultural economy is fading, residents still honor the siesta as a time when shops and businesses close, and workers of all kinds take a break and eat lunch with their families.

In larger cities across Spain, however, the siesta isn’t as common. In some places, it’s disappearing altogether, simply because folks are busy and sometimes taking a 2 to 3 hour break in the middle of the afternoon isn’t compatible with daily modern life. So it was no surprise that some journalists had misconceptions when Ador’s seemingly antiquated custom made global headlines in 2015. Suddenly, it was up to the local mayor, Joan Faus Vitoria, to try to set the record straight.

Mayor Vitoria made sure to let reporters know just how beneficial siestas actually are to residents’ mental and physical wellbeing. So the next time you need a break, take a cue from the citizens of Ador and practice the siesta—you might find yourself feeling a lot more refreshed!

Many cultures have unique traditions to welcome a new year, and Ecuador is no different! Every New Year’s Eve, as the clock strikes midnight, families in Ecuador begin lighting their monigotes. Monigotes are effigies made of papier-mâché, stuffed with sawdust or newspaper, anywhere from several feet to several stories high. The monigotes represent el año viejo, or the old year, and burning them symbolizes letting go of the past and starting fresh in the new year.

Burning monigotes on New Year’s Eve is one of the most widely celebrated customs in Ecuador. But entrepreneur Paúl Mendez couldn’t help but wonder whether it was safe for Ecuador and its people. He heard experts' warnings that the smoke emitted from monigotes was not only polluting the air but also detrimental to people's health. It wasn’t long before Paúl came up with the idea of a sustainable, smaller effigy, which he called the minigote. These figures are only a few inches long and are made from sugarcane residue and recycled materials, which burns cleanly, emitting less toxic fumes. Paúl sees his minigotes as a way for his country to celebrate their beloved custom while also protecting the environment and each other.

Piñatas are more than just a party decoration

Customs preserve culture because they are deeply rooted in personal stories. Take, for example, Julián Meconetzin Rangel Sosa, who was born in Acolman, Mexico, the birthplace of the piñata (those colorful, papier-mâché containers full of sweet treats!). In Mexico, piñatas are a staple of birthday parties, Christmas celebrations, and other festivities. Julián's childhood was a time of piñata-filled fun, and when he turned twelve, he entered a piñata-making competition. At the time, Julián knew nothing about making piñatas by hand, but that didn’t stop him from trying. His hard work and creativity paid off, leading him to win the competition and cash prize. But more important than any prize, Julián gained a newfound respect for the art and skill behind piñata-making, a passion that would fuel his future career.

In 2015, Julián launched a family-run piñata-making business. At the time, there weren’t any piñata shops offering classes to children in Acolman. So he and his parents decided to teach the craft of traditional piñata-making to children in workshops! People like Julián, who understand the responsibility of passing down these important traditions, help preserve important cultural traditions.

What do we learn from customs?

Customs provide the context behind the culture, people, and history of a language. The three costumbres discussed here offer learners a deeper understanding of the Spanish language: the significance of the siesta in Spain, the importance of holiday traditions in Ecuador, and the craftsmanship behind piñatas in Mexico.

Ready to learn more? Check out the full special season featuring “costumbres” on the Duolingo Spanish Podcast, airing on March 3rd, 2022. Listen on Apple, Spotify, or your favorite podcast-listening platform!