Language change is inevitable: old words fall out of use or acquire new meanings, new words are created entirely, pronunciations shift, grammatical rules get revised, what counts as polite or sarcastic evolve.

But when a community undergoes a sudden change or endures decades or centuries of upheaval, languages can change dramatically… and quickly. These instances of language contact – when users of two or more languages interact with each other with some regularity – can come from good-intentioned exchanges, like trading goods, but it is also often the result of upsetting or oppressive political circumstances. It's never clear what the result will be for the community's language: will it be changed, adopted by others, give rise to a new language, or be lost?

Here are four cases of language contact that demonstrate just a few of the ways languages change as the result of upheaval – both political and personal.

One way language change happens is through the movement of refugees, which leads to a one-time influx of speakers to a new area. This can cause a language community to suddenly find themselves among a completely different community. Take Yiddish as an example: it was used throughout Central and Eastern Europe for over a thousand years, until World War II, but it’s not spoken as widely today. Why?

During the Holocaust, millions of Jewish, Yiddish-speaking people were killed, and those that survived emigrated and adopted the languages of their new countries, including the U.S., Mexico, and Argentina. As refugees, Ashkenazi Jews worked to both preserve their language as best they could in their new communities and attempt to learn a new language alongside their children. The result: years later, younger generations in the U.S. use more English, and in some communities Yiddish became a language mostly of the older generations.

However, Yiddish did leave its mark on other languages where there were large Jewish communities (like New York). But over time, its influence has expanded well beyond New York: in fact, Yiddish is where we get words like bagel and spiel, or the common exclamation “Oy!” 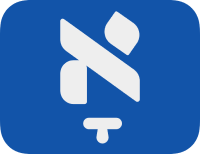 Case 2: Spanish in the U.S. southwest

Spanish in the U.S. southwest is a different sort of contact between languages, this time between English and Spanish and for many centuries. Spanish has been used in northern Mexico and the U.S. southwest since the Spanish colonized Mexico and much of the Americas in the 1500s, and over time the Spanish dialects in these regions became more and more different from the Spanish in Spain. The different varieties of Spanish spoken throughout the Americas also became more and more distinct over time. (This is a common process for languages and dialects!)

In the centuries following initial colonization, a lot changed in the U.S. Southwest: many indigenous communities and the languages they spoke were wiped out or forced to move to reservations, English-speaking colonizers moved in from the newly-founded United States on the east coast of the continent, and territories changed hands from Spain to Mexico to the independent nation of Texas, and then finally to the United States. While the borders and governments kept moving around them, the people themselves kept speaking the languages they had been using for generations. This put Spanish speakers in regular, frequent contact with English speakers, often by force, and many learned English – either in addition to Spanish or instead of Spanish.

There is another contributing factor to the linguistic landscape of the U.S. Southwest: because of close family, cultural, and geographical ties to Mexico and Latin America, Spanish speakers have continued to move to this area to join relatives, find economic opportunities, and raise their families. Today, that means that people in the U.S. Southwest might know primarily English, primarily Spanish, and or some combination of the two, to different degrees and for different contexts!

The continued, centuries-long contact between English and Spanish has changed both languages in the dialects of this region. Chicano English is one of the varieties of U.S. English spoken in this area, and it has some vocabulary, grammar, and pronunciations that may remind you of Spanish (even among speakers who don't know Spanish!). Similarly, the Spanish dialects in this region also reflect the communities who use it and will share some features with the Spanish dialects in northern Mexico and have some words and grammatical rules adapted from English as well. And the bilinguals in these communities have developed new ways to combine their languages by codeswitching. 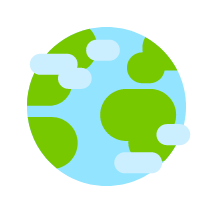 Case 3: Pidgins and creoles in Africa and the Americas

Sometimes, it's not a whole, homogenous linguistic community moving to a new place, as was the case with Yiddish, so it's not a question of using the "home" language versus one, specific "new" language. Slave owners and colonizers in the Americas often intentionally separated African slaves who shared a language in an attempt to prevent collaboration that might lead to rebellion. Left with no common language to communicate in, slaves improvised and created new languages that mixed sounds, vocabulary, and grammar from the colonizing language, their different home languages, and other indigenous American languages from the area. These languages are sometimes called pidgins and creoles, and they include a number of languages in the Caribbean (like Haitian Creole), around Central and South America including Garifuna and Palenquero), and in the U.S. (like Gullah!).

But new languages also emerged in Africa, too, on the other side of the Transatlantic slave trade. White colonizers seized power in many parts of Africa and their languages, including English, German, and Portuguese, came with them. Like in the Americas, this forced language contact resulted in many pidgins and creoles, like Cameroonian Pidgin English, a language spoken in Cameroon—which is one of the most linguistically diverse countries in the world! In Cameroon, German colonizers arrived and built plantations, and enslaved Cameroonians were separated into groups that didn’t share a common language. Cameroonian Pidgin English emerged as the lingua franca (kind of a common language) for Cameroonians and colonizers, and the language became the standard way to communicate for Cameroonians of many language backgrounds. Even when English-speaking missionaries arrived in the 1800s, Cameroonian Pidgin English was the language they had to learn to communicate with Cameroonians!

Cameroon then went through a lot of colonial activity: first, it was a German colony; then it was divided between the British and the French; then, in 1961, half of the British portion joined Nigeria and half joined French Cameroon. The result, after centuries of geopolitics and colonization, is that Cameroon is the only African country with only English and French as the official languages, though nearly 300 languages are also spoken throughout the country. As you can imagine, this means Cameroonians often don't share another common language, so in marketplaces around the country, or places with lots of language contact, you’ll usually hear a lot of Pidgin.

Case 4: Arabic, French, and the influence of those in power

We’ve discussed a few cases here where a group of people is forced to move to another place, and their language changes with them. But it also happens that languages can change when new people moved into a place, became the new group in charge, and the community's language evolves and adapts as a result. Usually, these cases are politically antagonistic—meaning, one group is probably invading another country and establishing a new rule or government. In the case of Spanish, Arabic-speaking Moors came from North Africa and conquered most of the Spanish peninsula, and while the local community wasn't enslaved like we saw in Case 3, the Muslim conquerers quickly established their authority. As a result, many Arabic words were borrowed into Spanish, especially words for government (alcalde "mayor," aldea "village") and foods (aceituna "olive," albahaca "basil," berenjena "eggplant"), although lots of others, too (like almohada "pillow," alfombra "rug/carpet," and ojalá "if only, hopefully"). One clue that a Spanish word probably came from Arabic is if it starts with al-, the Arabic prefix meaning "the." And in the expression ojalá, you can see "Allah" right in the Spanish word!

Another case of a new ruling class influencing language was Russia, where Peter the Great, in an effort to Europeanize the Russian Empire, encouraged European immigration into Russia and was obsessed with all things Western Europe—he even enlisted European craftsmen to help build Russian cities! Over centuries, Russian was influenced by words from German, French, and Italian, which we see today in words for food (бутерброд [buterbrod] "sandwich" from German, макароны [makarony] "pasta" from French or German, which in turn got the word from Italian), words for architecture (купол [kupol] "cupola" from Italian, балкон [balkon] "balcony" from French), and city features (плакат [plakat] "poster" from French placard, шоссе [shosse] "avenue" from French chaussee). 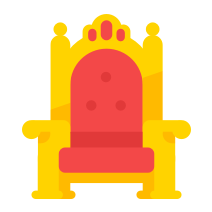 Language reflects all the complexities of a community's history

Language, its use by a community or within a family, and what decisions you make about your language are all highly personal – and highly political, influenced by power structures on national and global scales, and even power dynamics in your own home. When people endure sudden changes, language is just one part of their culture that is subject to uncertainty.