Some language learners have really clear motivations (like everyone who signed up for Duolingo's Italian course after watching Måneskin win Eurovision), but others feel undecided about which language to study. If you're not sure which one to choose (Duolingo offers 40 languages from around the world!), should you start with an "easy" language? And what counts as easy when it comes to languages, anyway?

In this post, we'll share some ideas about what makes a language easy or hard for different people to learn, so you can decide which language to study next!

Decide what it means for you to "know" the language.

"Easy" or "hard" is all about what languages you already know.

We're apt to transfer from our first language to the new language -- that can include vocabulary and grammar (like saying your new Spanish words in the order you'd say them in English). But we transfer other properties, too, like sounds (for spoken languages), handshapes and movements (for signed languages), rules about politeness, and concepts and meanings (what counts as a "cup" versus a "glass" or "mug"? where does "blue" stop and "green" begin?). Transfer can be helpful if the properties are the same across the languages, but can present a challenge if they differ.

A language can have a mix of easy and hard properties.

Opportunity and motivation can also make a language "easier."

Similarly, motivation is really important in language learning, since it takes a long time to build up high proficiency in a language. If you're highly motivated to learn Norwegian because of family ties or because you want to attend grad school there, it'll be easier for you to stick with it, compared to an "easier" language that you are less interested in sticking with for many months and years.

Overall, it's typically easier to study a language more similar to the one you know best.

For English speakers, that means many languages from Europe — like Spanish and German — will be easier to learn on average than languages that aren't related to English at all — like Arabic and Chinese.

But even this can be murky! For example, English is more closely related to German than to French: English and German are both Germanic, while French is a direct descendent of Latin, like Spanish and Italian. However, due to invasions and geographical proximity of modern-day France and England, English borrowed a lot of vocabulary from French. So today, English learners can transfer quite a bit of vocabulary from English to French, but grammatically, there are more commonalities between English and German! 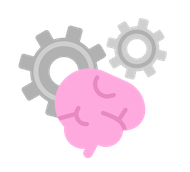 No matter which language you decide to study, the most important part of learning a new language is sticking with it. Set practical, personal goals for your learning, and then make studying a regular habit that you can do a little at a time, for a long time. And check out these tips for learning for the long haul!